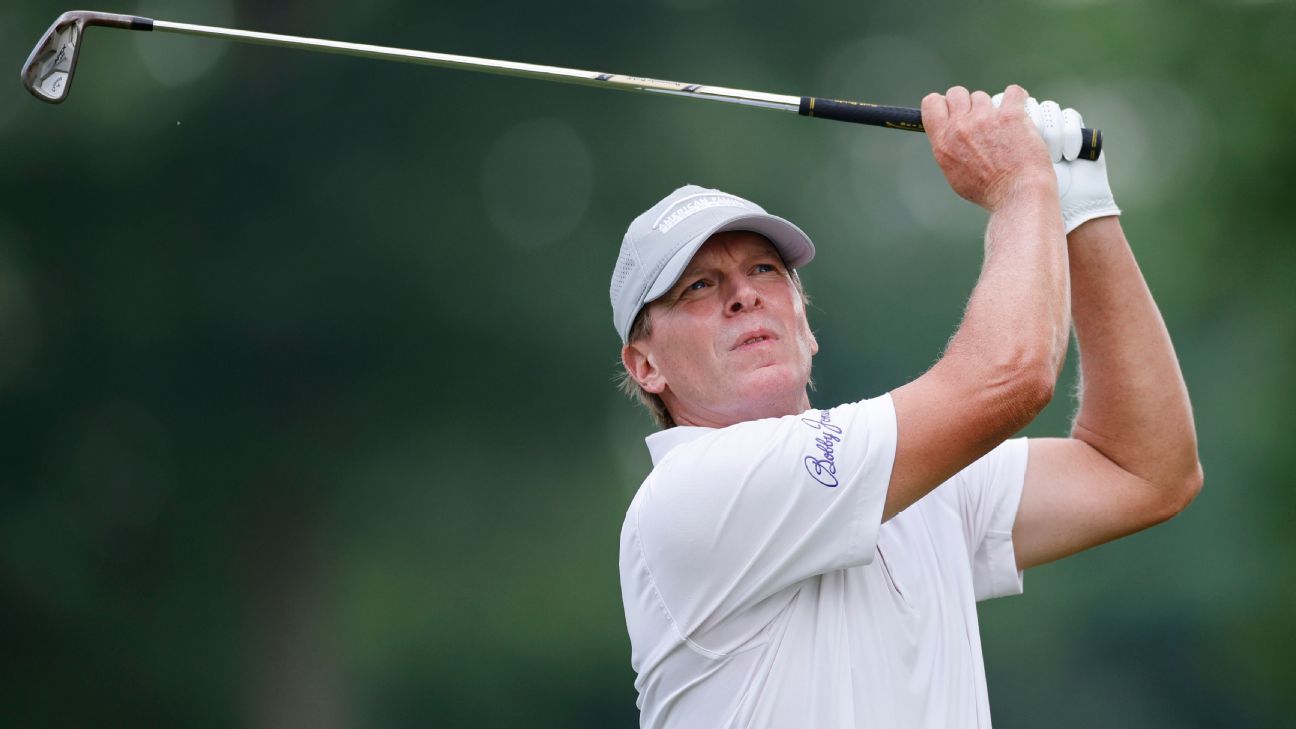 SIOUX FALLS, S.D. — Steve Stricker won his second straight PGA Tour Champions event on Sunday, closing with a 6-under 64 and beating Robert Karlsson with a birdie on the first playoff hole in the Sanford International.

Stricker had a one-shot lead when he looked behind and saw Karlsson with an excellent birdie chance on the 17th hole. The Swede converted, and both finished with pars to force a playoff at 14-under 196.

Stricker made short work of it, making birdie for his third victory of the season. Stricker won The Ally Challenge two weeks ago and didn’t play last week.

“You’ve just got to stay aggressive at times out here and I was doing that. I did a good job of that today and hit a lot of good putts,” Stricker said. “That one on the playoff, it was a special putt, that was really cool to do.”

Stricker took the six-hour drive from Wisconsin on Sioux Falls for what he termed a family trip, and it sure felt that way. His wife was his caddie again, while oldest daughter Bobbi Maria caddied for Mario Tiziani, the brother of Stricker’s wife. Tiziana tied for 38th.

Stricker’s daughter is getting ready for the second stage of LPGA Tour qualifying.

Karlsson, who opened with a 62, had a chance to win on the 18th in regulation. Stricker then ended it quickly in the playoff.

Stricker is the fifth player with at least three victories this year on the PGA Tour Champions, joining Steven Alker, Padraig Harrington, Jerry Kelly and Miguel Angel Jimenez. Stricker moved to No. 3 in the Charles Schwab Cup standings with three tournaments left before the postseason starts.

BEST BALL STRIKING of Your Life – This Golf Swing Move Works EVERY TIME
I gave Richard Hammond a Golf Lesson! (Funny!)
LPGA creates new event at Liberty National that will be hosted by Michelle Wie West and include top junior golfers
A 14(!)-year-old just became the youngest male golfer to make the cut on a major tour
Presidents Cup 2022: Everything you need to know about a wild Day 3 at Quail Hollow