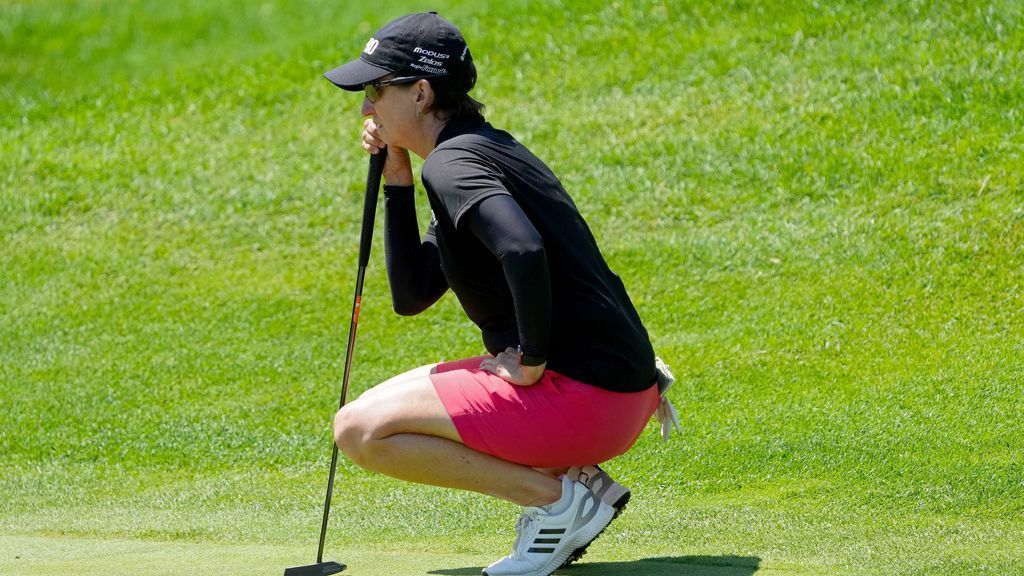 SALINA, Kan. — Karrie Webb held off Annika Sorenstam on Sunday in the Senior LPGA Championship for her first senior title.

The 47-year-old Webb closed with a 5-under 67 for a four-shot victory at Salina Country Club.

“It’s been a long time since I’ve had to make putts down the stretch to win a golf tournament,” Webb said. “So, the mouth was getting dry and the little putts were seeming a little bit longer.”

It was set up for a duel between the two Hall of Fame players who were rivals in their prime. The 51-year-old Sorenstam opened with an eagle and went out in 31 to tie the Australian for the lead.

But Sorenstam didn’t make a birdie the rest of the way at Salina Country Club and Webb pulled away.

Sorenstam closed with a 69.

“I wish I would have continued that pressure that I started on,” Sorenstam said. “It would have been fun, but I think I ran out of gas a little bit.”

“I think it was a great head-to-head for most of the day, and I think we both played well,” Sorenstam said. “She just came out on top this time. But it’s always nice to have the fans and spectators out there cheering and creating a good atmosphere.”

Huh fires career-best round, leads at Wyndham
63 Years later, one of golf’s most influential stories is being told on the big screen
A week of firsts at Muirfield includes this special one for the Honourable Company of Edinburgh Golfers
Golf Lesson w/ Cortland: STABLE Impact And Exit With A Stronger Grip
Before And After (Golf Lesson W/ Ted) 📈 #shorts