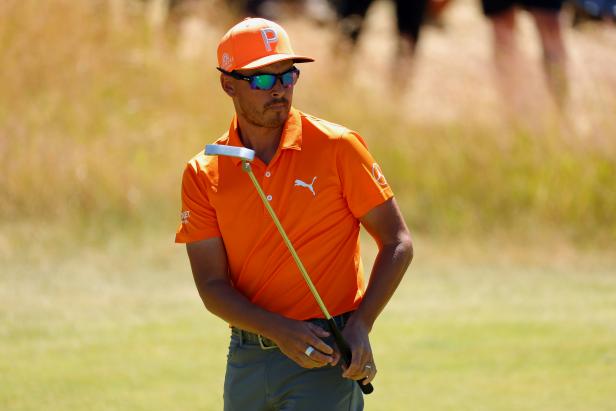 Normally deducting who is on the FedEx Cup Playoffs bubble is easy. Take a look at the players near the cutline of No. 125 and boom, there’s your bubble. But this year, like so many other facets in professional golf, analyzing the confines of Who Is In and Who Is Out is far from simple.

The complexity lies in LIV Golf, for those who have defected to the fledgling Saudi-backed circuit are A) under indefinite suspension from the PGA Tour or B) have renounced their PGA Tour membership. The upshot from the latter group—which includes the likes of Dustin Johnson, Patrick Reed and Kevin Na—has already been calculated, as they have been removed from the FedEx Cup standings. The former group, however, remains listed in the postseason race. While the PGA Tour has yet to officially state how these players will be handled, sources tell Golf Digest the LIV Golf members currently on the FedEx Cup list are expected to be skipped over and replaced. Currently, that means 10 players inside the top 125—Talor Gooch, Abraham Ancer, Charles Howell III, Matt Jones, Brooks Koepka, Jason Kokrak, Carlos Ortiz, Pat Perez, Hudson Swafford and Matthew Wolff—aren’t eligible for the playoffs, meaning the real FedEx Cup line is likely in the No. 134-136 range. (Perez, for example, is currently No. 121 but is in danger of falling outside No. 125).

Wrinkles remain. Until now, the PGA Tour has not suspended LIV Golf members until they have teed it up in a LIV event. But LIV Golf has also used the first two events to announce future signees, with Reed and Bryson DeChambeau announced in London and Paul Casey announced in Portland. The reason this matters is that, should LIV Golf follow the same cadence at Trump Bedminster this week, more players will be announced in the following days, but the next LIV Golf event won’t be held until the first week of September … the week after the conclusion of the tour’s season-ending Tour Championship at East Lake in Atlanta. Meaning the PGA Tour would have to break from its precedent of waiting to suspend a player, or a future LIV Golf member would get to compete in the postseason.

Keeping all this in mind, here are the following big names currently on the FedEx Cup bubble.

Webb Simpson
Currently at No. 125, Simpson should be safe and has the Wyndham Championship coming up, where he has a win and nine top 10s in 13 career starts and loves the event so much he named one of his daughter’s after it. Though it’s jarring to see Simpson this low—he’s just two seasons removed from a two-win campaign—it’s a position mostly predicated off the complications from suffering a herniated disc in his neck.

Jason Day
It appeared the former PGA champ was on the verge of a comeback when contending at the Farmers Insurance Open earlier in the year. That performance at Torrey Pines proved to be an aberration, as Day has just one finish inside the top 20 in 10 individual starts since (although he did log a T-10 at the team-centric Zurich Classic). At No. 127 Day should be OK in making it to the postseason, but even if he misses the FedEx Cup the Aussie remains tour exempt through the 2024 season thanks to his Players Championship win in 2016.

Rickie Fowler
Fowler logged a T-3 at the CJ Cup in the fall. Since, zero top-20 finishes in 17 starts. With the slump stretching into its third season it’s fair to wonder if what Fowler’s experiencing is really a “slump” but a new normal. Needs a good showing at this week’s Rocket Mortgage Classic to move safely off the bubble.

Danny Willett
The Englishman’s Masters exemption runs out in two weeks. That he even finds himself in a shot to keep his card is thanks to a T-7 at the 3M Open, his first individual top 10 on tour in 16 months. Willett has missed the playoffs the past two seasons, and at No. 137 desperately needs to make the cut in Detroit this week.

Francesco Molinari
The 2018 Open champ is not in the Rocket Mortgage Classic field, meaning any hopes he has of reaching the playoffs (currently No. 142) are based on a strong display at the regular-season finale at Sedgefield Country Club.

Harry Higgs
The fan favorite has been struggling mightily, entering the week 169th in scoring and 184th in strokes gained. His FedEx Cup position is slightly better (147th), but Higgs needs a top 10 this week or the next to secure his card for 2023.

Cameron Champ
Champ logged a win in each of the three previous seasons. But while he leads the tour in distance he sits 149th in the FedEx Cup, with a T-16 at last week’s 3M Open breaking a streak of five missed cuts in a row. Thanks to the aforementioned victories Champ is not in danger of losing his card, his status secured through 2024.

Zach Johnson
At No. 155 the 2023 Ryder Cup captain will need something special over the final two weeks to keep his card. Has had past success at the Wyndham with two top 10s in his last four starts.

What to make of Cameron Smith’s bizarre rules incident: Was the penalty fair, even if it was right?
Get into golf with The PGA and Find a Golf Lesson!
Rejuvenated Fowler seizing FedEx Cup berth
The difference in PGA Tour wins, earnings between U.S. Amateur champions and runners-up is striking
J.J. Spaun’s big playoff push, Tyler Duncan’s one-ball rule, and Xander’s trouble with wasps