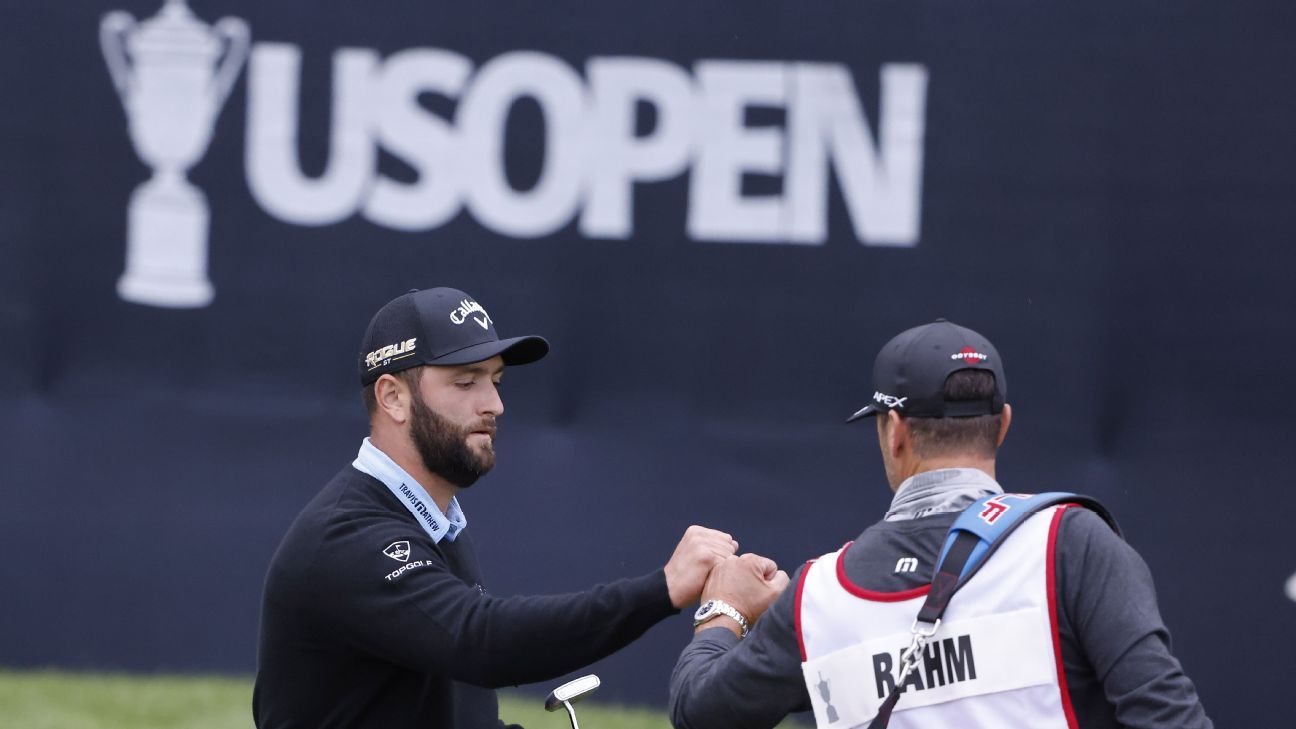 BROOKLINE, Mass. — There has been drama at this U.S. Open from the moment players arrived on property. Before it started, it wasn’t about the golf. It was about the state of golf. Now, though, it’s about the golf, with a leaderboard that has a mix of stars, up-and-comers and a few who-are-they contenders.

So what happens on Sunday? Our experts take their best shots.

Mark Schlabach: Before he struggled on the back nine on Saturday, I would have said Scottie Scheffler. He is the No. 1 player in the world and has won more than any other player on tour this season. His play has slipped a little bit recently, but what happened during a five-hole stretch on Saturday — when he squandered a 2-shot lead and gave back five strokes — was pretty surprising. McIlroy is fifth on the PGA Tour in final-round scoring average. He shot 62 on Sunday last week in picking up a victory at the RBC Canadian Open, 68 in the final round at the PGA Championship and 64 on Sunday at the Masters.

Michael Collins: Jon Rahm still believes he’s the world No. 1. He’s the defending champ and wants to do what Rory did last week but to an even stronger field — remind them who the best is. And when he starts “feeling it”, he is going to make some loooong putts because that’s what he does.

Kevin Van Valkenburg: Rahm. It hasn’t been the season we all thought it might be for Rahm, but he still has the most complete game of those three. The putter is heating up — finally. Scheffler and McIlroy can get streaky, and that includes making a bunch of bogeys when it starts going poorly. Rahm feels like he’s learned to channel his anger into extreme focus. If Will Zalatoris and Matt Fitzpatrick slip, I think Rahm walks away with back-to-back U.S. Opens.

Paolo Uggetti: Rahm is the safe answer here, but since my fellow co-workers have explained why, I’ll take a stab at making a case for McIlro. It has been an up-and-down week for the face of the PGA Tour, but the fact that he’s still only 3 shots back after grinding through several bad shots makes me think he’s not done quite yet. At the very least, the 2011 U.S. Open champion will not fail to make it interesting.

There are also a bunch of players in the mix searching for that first major title. Which has the best shot to get it?

Schlabach: I’ve been so impressed with Fitzpatrick’s development this year. He’s playing with a ton more confidence and is more than capable of winning on Sunday. He won the 2013 U.S. Amateur at The Country, so he obviously likes the place. He tied for 14th at the Masters and tied for fifth at the PGA Championship. He doesn’t hit the ball very far, but he hits it straight and is great on and around the green.

Collins: Fitzpatrick. The weather is going to make him feel at home. He’s already won here. He also will understand that it won’t take perfect golf to win. He’s a patient player and that is what wins tournaments like this in really challenging conditions.

Van Valkenburg: Zalatoris. He was my pick at the start of the week and I’m sticking with him, even though I’ve been really impressed with Fitzpatrick. Zalatoris has an obvious weakness — his putting — but he never seems scared of the moment with his ball-striking.

Uggetti: Zalatoris feels like he’s due. The guy has come so close more than a few times now and he’s got the game to play through tough conditions. The putting is looking — er, doing — better, and that may be enough to finally put him over the top.

Which name on the leaderboard do you trust the least?

Schlabach: Nick Hardy, who played at Illinois, has a very bright future in golf. He isn’t quite ready for this stage. The qualifier has been a great story, but he gave back 3 shots on Saturday, and he’ll probably give a few more back on Sunday.

Collins: Adam Hadwin. Toronto is my favorite city. But even in Canadian weather I don’t trust a Canadian to win the U.S. Open this year. Sorry to all my Tim Horton’s peeps.

Van Valkenburg: Apologies Canada, but my answer is Adam Hadwin. It would be a cool story, but I don’t see it.

Uggetti: Sorry not sorry to the greater Boston area, but Keegan Bradley is not pulling off the storybook ending. At least he had the euphoric walk up the 18th on Saturday, which he called one of the greatest moments of his life. How do you top that?

The Country Club really showed its teeth on Saturday. What that in mind, what is the winning score?

Schlabach: I’d be surprised if Zalatoris, Fitzpatrick and Rahm all blow up on Sunday, so I’ll go with 6 under. The conditions were pretty tricky on Saturday, as the wind was howling and the greens were slick. Forecasts call for high temperatures below 60 degrees on Sunday. It’s going to feel more like the Open Championship.

Collins: I think 2 under wins. Conditions will be the toughest they’ve been all week. Cold temps make if so much harder to judge how far a ball will fly out of the rough. With that in mind, the man with the least amount of battle scars will win.

Michael Collins is back for an all-new season of America’s Caddie. He’ll take you inside the world of golf with exclusive looks at some of the top courses, feature stories, celebrity guests and interviews with the biggest stars in golf. Stream on ESPN+

Van Valkenburg: I’m going with 5 under. It’s going to be cold on Sunday. We may not see the wind we saw Saturday, but the ball isn’t going to fly. There will be potential to move up the leaderboard the way Justin Thomas did at the PGA Championship, but I think 68 might be the best score out there. Anyone 1 under or better is in this.

Uggetti: Give me a winning round of even par on Sunday from one of the two guys at 4 under. It’s going to get colder and the wind may not let up. The course is getting browner and there’s a good chance we continue to witness some of the carnage we saw late Saturday.

Schlabach: I picked Shane Lowry to win, and the Irishman missed the cut. I’ve got a feeling Zalatoris finally gets it done. He has been one of the world’s best players since his runner-up finish at the 2021 Masters. He’s been knocking on the door at all of the majors, and it’s his time (as long as his putter holds up).

Van Valkenburg: Zalatoris. We get some shaky putts down the stretch, but also some irons that are absolutely flagged. McIlroy will make a brief run that will send The Country Club into a frenzy, but ultimately Zalatoris nips Rahm to win his first major.

Uggetti: I’m going with Fitzpatrick if only for some variety and the neat storyline of bookending his win at the U.S. Amateur in 2013 with a U.S. Open win at the same venue nine years later. He’s even staying in the same house!