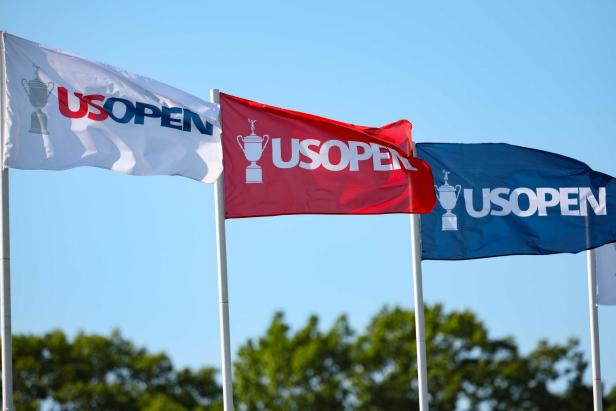 BROOKLINE, Mass. — What is the most important benefit of winning a major championship: Legacy or loot? The romantic in us believes very much in the former. After all, you don’t usually refer to a tour pro as “multi-million-dollar winner John Doe” but rather “major champion John Doe.”

Still, given the current fissure in pro golf has been precipitated in large part by money—seven-, eight- and nine-figure contracts from LIV Golf luring players away from the PGA Tour and DP World Tour—it’s no coincidence that the USGA announced on Wednesday that it was raising the prize money payout it is handing out at this year’s U.S. Open.

Suffice it to say, it’s not just a little cash increase we’re talking about, but a sizeable bit of largesse. A year after the USGA handed out out $12.5 million at Torrey Pines, the total prize money payout at The Country Club is up to $17.5 million with the winner earning $3.15 million. That’s a 40 percent jump in one year.

Don’t worry R&A, no pressure on you just when we get to The 150th Open at St. Andrews next month to add a little something to the $11.5 million you offered a year ago (wink, wink).

This is when we remind you that back in 1895, Horace Rawlins won the inaugural U.S. Open at Newport Country Club. For his effort, the 21-year-old Englishman claimed a payday of … $150.

And we’ll continue to repeat ourselves but the size of the prize money payouts are put into better context when you break down the amount of money doled out for all the people who make the cut at The Country Club. The golfer who finishes last on Sunday among the 60 professionals who made the cut will earn $36,852. That’s more than 240 times as much as Rawlins made for that first victory.

Consider too how much some notable past U.S. Open champions made when they won their titles and then look at what the players will be taking in this week, and the disparity is striking. Since World War II, here’s some of those paydays:

Long story short: They played for a lot of loot this weekend. And here is how much everybody who makes the cut will earn. (Come back shortly after the tournament ends and we’ll update this list with individual names and earnings).

Note: the 81 professionals who missed the cut each also received $10,000

Grace wins first LIV event in U.S., pockets $4.4M
Tiger Woods is playing in a tournament on Monday in Ireland. So what is the J.P. McManus Pro-Am anyway?
Here’s the prize money payout for each golfer at the 2022 LIV Golf Invitational Portland
This SIMPLE Right Wrist Adjustment TRANSFORMED His Golf Swing | Live Lesson With Danny
Chipping Will Be SO EASY after these 5 SIMPLE Golf Tips