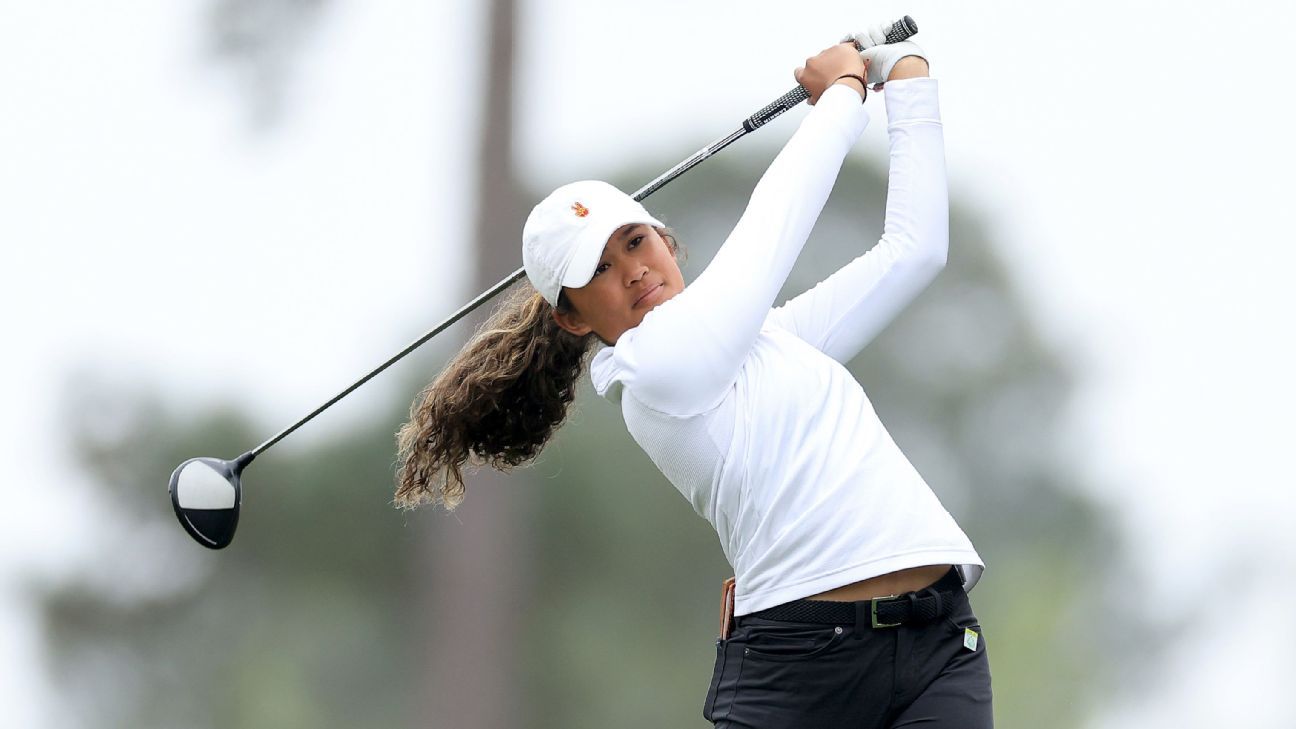 Avery, the 18-year-old Riverside, California, player coming off her freshman season at Southern California, went 4-0 in the four-ball and foursomes matches.

Avery teamed with Megha Ganne to beat Hannah Darling and Annabell Fuller 2 and 1 in the morning four-ball session and joined Rachel Kuehn in the afternoon foursomes for a 2-up win over Amelia Williamson and Emily Price.

Emilia Migliaccio and Latanna Stone also won for the United States in the morning, beating Charlotte Heath and Louise Duncan 1 up.

Caley McGinty and Lauren Walsh earned 1 1/2 points for GB&I, beating Kuehn and Jensen Castle 5 and 4 in four-ball and halving with Rachel Heck and Rose Zhang in foursomes.

Darling and Fuller also won for GB&I, topping Castle and Stone 2 and 1 in foursomes.

Here’s the prize money payout for each golfer at the 2022 Wyndham Championship
‘Common sense prevailed:’ Rory McIlroy and Justin Thomas react to PGA Tour’s legal victory over LIV
I was SO close to a hole in one on camera! #Break75 S2E7
Buhai wins Women’s Open in playoff for 1st major
Why Bubba Watson’s PGA Tour resignation could change the fate of four aspiring tour pros