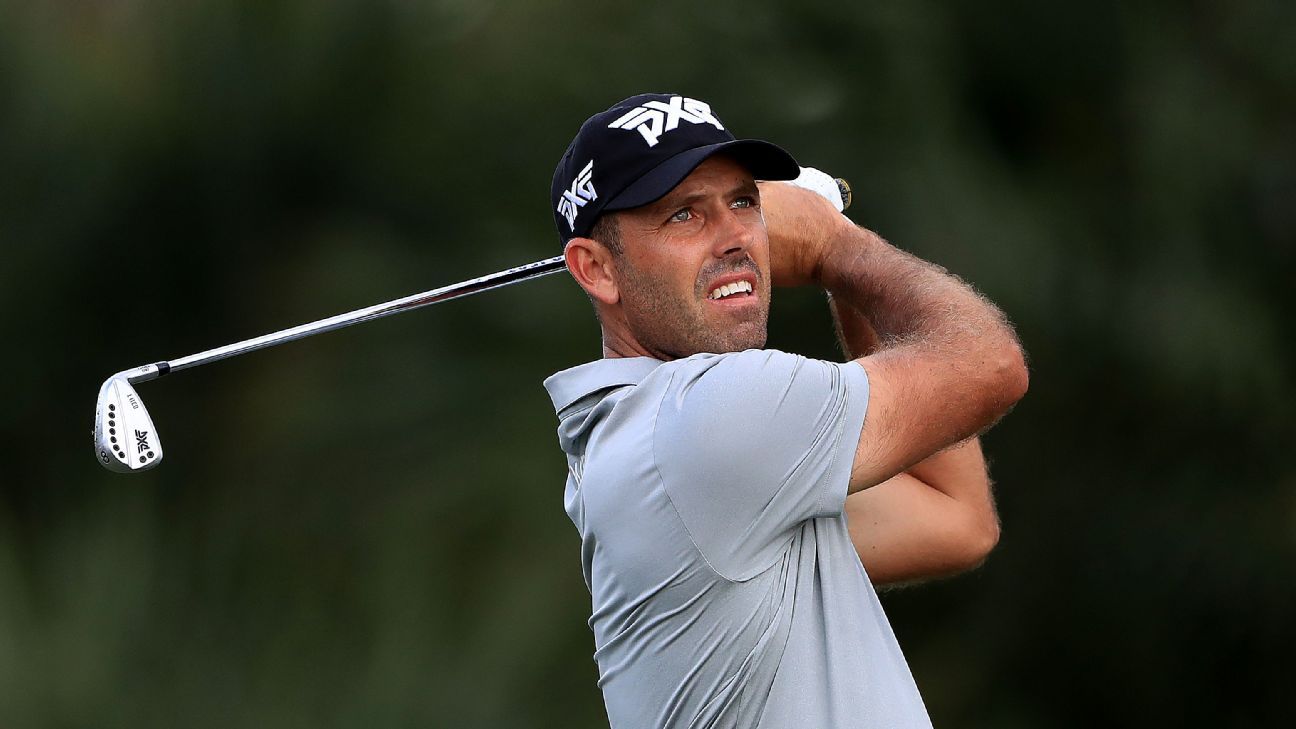 After months of speculation and controversy, the first day of competition for the new LIV Golf league is in the books, with the LIV Golf Invitational Series continuing on Friday in London.

Charl Schwartzel and Hennie du Plessis, both from South Africa, were atop the leaderboard as the first round came to a close. Schwartzel took the lead Thursday after posting a 5-under 65, with du Plessis 1 shot back at 4 under. Phil Mickelson and Dustin Johnson were tied for seventh after each shooting a 1-under 69.

Following the tee-off, the PGA Tour suspended the 17 members who are competing in the event. Players who compete in LIV events are ineligible to participate on the PGA Tour or any other tours it sanctions. Players who take part in future LIV Golf events will face the same punishment.

Here are the sights, sounds and leaders as the LIV London tournament continues Friday.

It’s still early, but Charl Schwartzel continues to pad his lead, reaching 7 under with this putt.

Bryson DeChambeau is the latest big name to choose to compete in the new LIV Golf series.

It has been a while by Inbee Park’s standards, but the seven-time major champ is lurking at Women’s British
Here’s the prize money payout for each golfer at the 2022 Wyndham Championship
Kim, 20, earns PGA card after 61 to win Wyndham
Judge rejects LIV trio’s bid to play in FedEx Cup
Will Zalatoris calls split with caddie in middle of tournament the ‘toughest decision’ of his career