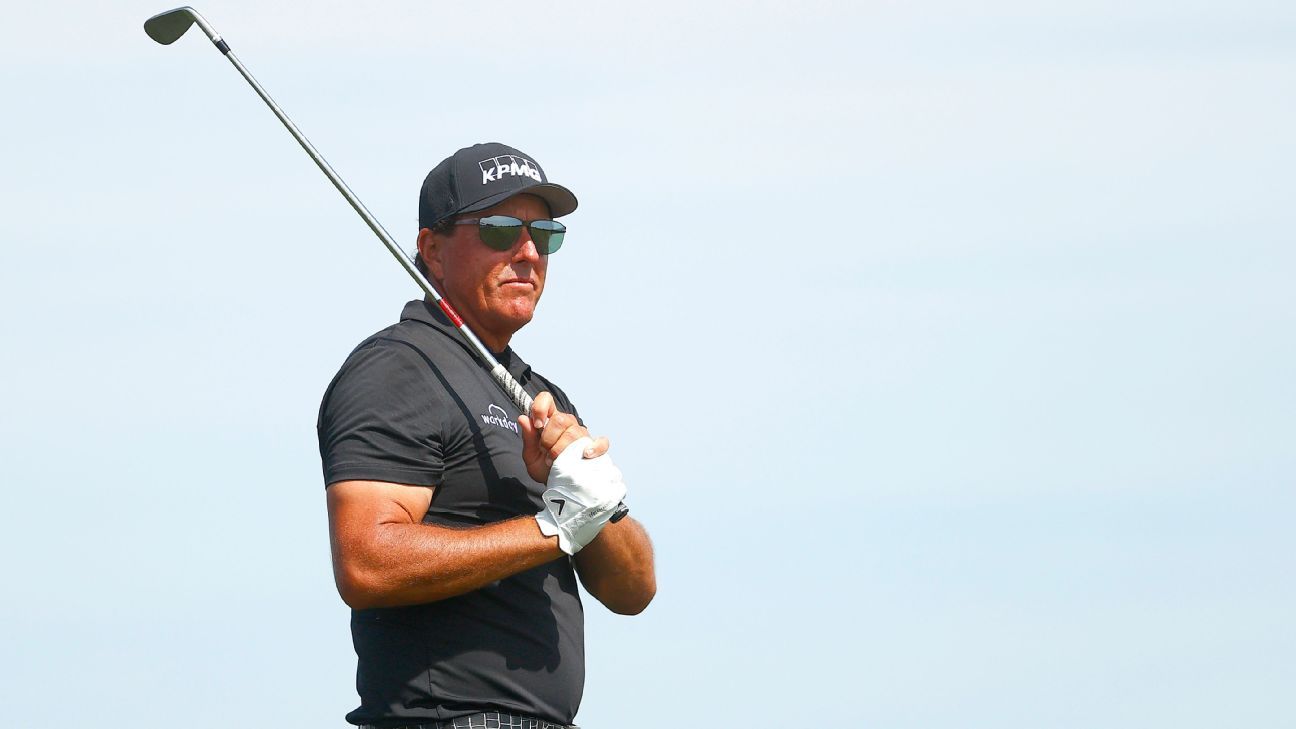 After a four-month hiatus, Phil Mickelson is returning to competitive golf on the new LIV Golf Invitational Series.

Mickelson, a six-time major champion winner, was added to the field on Monday for LIV Golf’s first event, which is scheduled to start Thursday at Centurion Club outside London.

“Phil Mickelson is unequivocally one of the greatest golfers of this generation,” LIV Golf CEO Greg Norman said in a statement. “His contributions to the sport and connection to fans around the globe cannot be overstated and we are grateful to have him. He strengthens an exciting field for London where we’re proud to launch a new era for golf.”

Mickelson skipped the Masters and the PGA Championship, an event he won last year, after his controversial comments about the PGA Tour’s “obnoxious greed” and the Saudi Arabian financiers of LIV Golf caused a firestorm. The LIV Golf series is being fronted by Norman, a former world No. 1 golfer and a two-time Open champion, and financed by Saudi Arabia’s Public Investment Fund.

On May 11, the PGA Tour denied conflicting-event releases to players who requested them to play at Centurion Club. Tour commissioner Jay Monahan told player agents at last week’s Memorial in Columbus, Ohio, that players had to choose between the tour and LIV Golf and couldn’t play on both circuits. Monahan has threatened to discipline players who compete on the LIV Golf series without releases, with potential punishments including fines, suspensions and/or bans.

On Saturday, longtime PGA Tour member Kevin Na, who is also competing at Centurion Club, resigned from the tour instead of facing possible discipline or legal action.

Mickelson, one of the most popular players of his generation, has already paid a steep price for his controversial comments. Several of his longtime sponsors, including Amstel Light, KPMG and Workday, ended their relationships with him. Callaway, which signed Mickelson to an equipment deal until the end of his career, paused its relationship with him.

Mickelson apologized for his remarks, which were made to author Alan Shipnuck, who was writing an unauthorized biography of the player popularly known as “Lefty.” During the conversation, which Shipnuck said took place in November, Mickelson said he was working with two players to hire lawyers to draw up operating agreements for the new circuit.

“They’re scary motherf—ers to get involved with,” Mickelson told Shipnuck. “… They killed [Washington Post reporter and U.S. resident Jamal] Khashoggi and have a horrible record on human rights. They execute people over there for being gay. Knowing all of this, why would I even consider it? Because this is a once-in-a-lifetime opportunity to reshape how the PGA Tour operates.”

While many stars such as Tiger Woods, Rory McIlroy, Justin Thomas and Jordan Spieth have pledged their loyalty to the PGA Tour, Mickelson and 13 others are jumping to Norman’s new circuit.

LIV Golf is offering staggering purses — a prize-money total of $255 million this year, including $25 million for each of the seven regular-season tournaments — that are the richest in professional golf.

The eight-event LIV series will feature five tournaments played in the United States, including a team championship match-play finale at Trump Doral in Miami from Oct. 28 to 30. The second LIV event is scheduled for July 1 to 3 at Pumpkin Ridge Golf Club in Portland, Oregon.

The LIV Golf Invitational Series will consist of 54-hole events, no cuts and shotgun starts “to ensure a faster and more exciting pace.” There will be a maximum of 48 players on 12 four-man teams at each event, and rosters will be determined by a draft, which is scheduled for Tuesday.