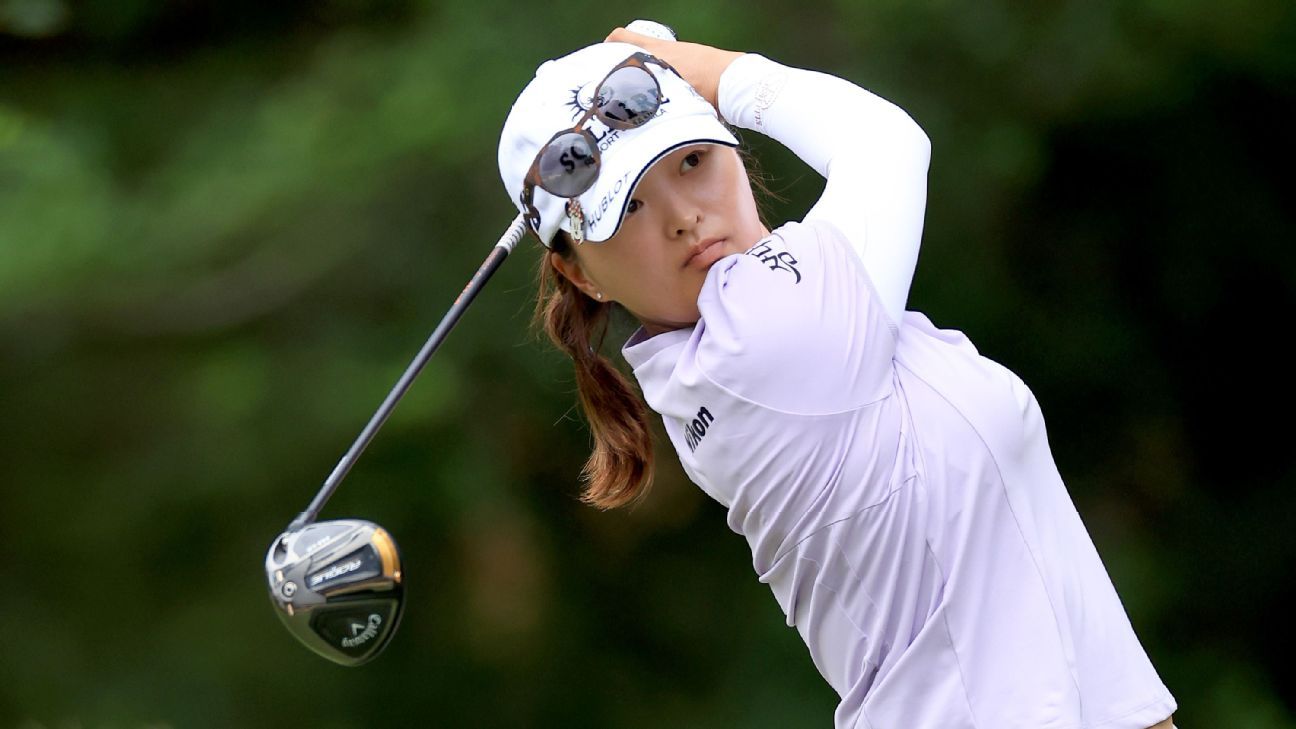 SOUTHERN PINES, N.C. — Jin Young Ko never seems to stress. Nor does she let up.

The world’s No. 1 player vaulted into contention for a third major championship Friday, playing the final five holes in 3 under to pull within 3 shots of second-round leaders Minjee Lee and Mina Harigae at the U.S. Women’s Open.

Three-time major champion Anna Nordqvist and Hye-Jin Choi, who shot a 64 to come within a shot of matching the lowest round in the event’s 77-year history, were 7 under. Nordqvist had a 68.

Ko was tied for fifth at 6 under with Swedish amateur Ingrid Lindblad. Ko shot 67, and Lindblad followed up her event amateur-record 65 on Thursday with a 71.

Ko hasn’t won a major since 2019, but she won five LPGA Tour events last year and already has a win this year.

“I don’t think about winning,” Ko said. “I just think just myself and just focus on my game. I just talk with my caddie and have fun.”

Nelly Korda, the No. 2 player in the world, was 6 shots off the pace after a 69. She’s playing in her first tournament since undergoing surgery on her left arm to fix a blood clot.

It looked for a while like Harigae might maintain sole possession of the lead for a second straight day.

But Lee, ranked No. 4 in the world, surged into a tie in the afternoon after shooting 31 on the front nine. Lee has already won two LPGA Tour events this year.

Several players talked about the slow pace of play on an afternoon when light rain threatened stop play.

“A lot of waiting, so I feel like I just tried to pace myself,” Nordqvist said.

Lexi Thompson struggled down the stretch, just as she did in the final round of last year’s U.S. Women’s Open, when she surrendered a 5-shot lead after a back-nine meltdown and lost.

But she managed to close with a birdie for a 69 that left her 3 under.

Harigae, who played collegiately about 80 miles away at Duke and idolized North Carolina’s Michael Jordan growing up, said she is a much more mature person than when she first joined the LPGA Tour — and hopes that will help down the stretch.

“I feel like I have better tools to navigate these new experiences,” the 32-year-old Harigae said. “I think just trying to be calm, just go about my day.”

She will need that calmness with some big-time players right behind her.

Danielle Kang, the No. 12 player in the world, barely made the cut at 3 over after revealing she has a tumor on her spine.

Yuka Saso was among those who didn’t make the cut, marking the second straight year the defending champion has failed to advance to the weekend. She finished at 9 over.

Among the other notables who won’t be playing on the weekend include 10-time major champion Annika Sorenstam and 2014 champion Michelle Wie West.

My BEGINNER GOLFER Wife Learns The BASICS FROM A TOUR COACH!?
Never Do This One Thing when Rotating in your Golf Swing!
How to watch the 2022 FedEx St. Jude Championship at TPC Southwind
Don’t Turn Your Shoulders In Your Golf Swing
This Is How To Hit Your Driver w/ Micah Morris | Good Good Labs