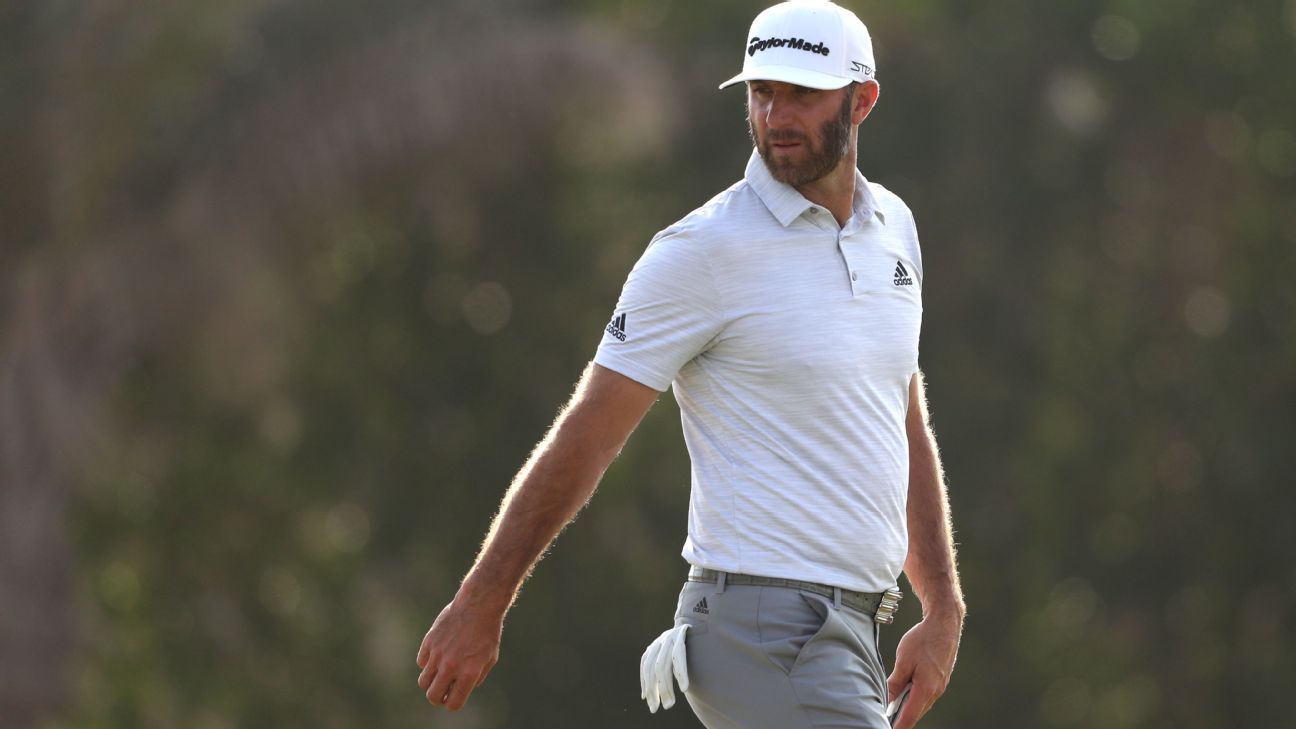 COLUMBUS, Ohio — More than a dozen PGA Tour players, including two-time major champion Dustin Johnson, are included in the field for the first LIV Golf Invitational Series event, which will be played next month outside of London.

Six-time major champion Phil Mickelson was not included on the list of players released on Tuesday. LIV Golf had previously said its events would include 48 players competing in 12 teams of four players. The final six spots will consist of players invited by CEO Greg Norman and qualifiers from an Asian Tour event, LIV Golf said in a release.

Mickelson, who skipped the Masters and PGA Championship, an event he won last year, was among the players who requested a release from the PGA Tour to compete in the first LIV Golf event, scheduled June 9-11 at Centurion Golf Club outside London. Mickelson hasn’t played on the PGA Tour since missing the cut at the Farmers Insurance Open at Torrey Pines in late January.

Among the other PGA Tour players who will defy the PGA Tour by playing in the LIV Golf Invitational Series — which is being fronted by Norman, the two-time Open winner and former No. 1 player, and financed by Saudi Arabia’s Public Investment Fund — are Talor Gooch, Justin Harding, Matt Jones and Hudson Swafford. Brooks Koepka‘s brother, Chase, also is among the LIV participants.

Johnson, whose 24 PGA Tour victories include wins at the 2016 U.S. Open and 2020 Masters, was the biggest surprise in the LIV field. On Feb. 20, shortly after Mickelson’s controversial comments about the PGA Tour’s “obnoxious greed” and the Saudi Arabian monarchy caused a firestorm, Johnson issued a statement, in which he said he was committed to the PGA Tour.

“I feel it is now time to put such speculation to rest. I am fully committed to the PGA Tour,” Johnson said. “I am grateful for the opportunity to play on the best tour in the world and for all it has provided me and my family.”

His agent, David Winkle, issued a statement on Tuesday.

“Dustin has been contemplating the opportunity off-and-on for the past couple of years,” Winkle wrote. “Ultimately, he decided it was in his and his family’s best interest to pursue it. Dustin has never had an issue with the PGA Tour and is grateful for all it has given him, but in the end, felt this was too compelling to pass up.”

Norman said in a statement that “Free agency has finally come to golf.”

“This is an opportunity to start a movement that will change the course of history by bringing new and open competition to the sport we all love. The desire shown by the players to participate in LIV Golf demonstrates their emphatic belief in our model and confidence in what we’re building for the future,” he said. “We couldn’t be happier at the diversity of our field, featuring players from around the world including major champions and those making their debut with us competing in their first professional event.”

However, the initial LIV field isn’t as strong as Norman and his team had envisioned. Several top PGA Tour players, including Rory McIlroy, Justin Thomas, Jon Rahm, Jordan Spieth, Bryson DeChambeau and others, pledged their loyalty to the tour.

“I came away from the U.S. PGA and literally couldn’t care less about how much I made that week,” England’s Matt Fitzpatrick said Tuesday. “I was just gutted that I didn’t win. I had a chance and I didn’t take it, and that kind of said a lot to myself about myself that that’s all I’m bothered about out here.

“You want to have records, I want to win tournaments, and for me, that’s why for now, the sort of LIV Golf doesn’t interest me. In five years, if all of a sudden that becomes the main tour, then obviously you sort of rethink your options. But for now I’m out here wanting to make sure I’m giving myself the best chance of winning tournaments, winning majors and going about my career like that.”

On May 10, the PGA Tour denied conflicting-event releases for its players to compete in the London event, which coincides with the Canadian Open in Ontario that week. PGA Tour commissioner Jay Monahan has told players that they will face discipline, including potential suspensions and/or lifetime bans, by competing in the breakaway tour.

“We have notified those who have applied that their request has been declined in accordance with the PGA Tour Tournament Regulations,” the PGA Tour said in a memo to its players. “As such, Tour members are not authorized to participate in the Saudi Golf League’s London event under our regulations. As a membership organization, we believe this decision is in the best interest of the PGA Tour and its players.”

Norman has argued that professional golfers are independent contractors and should be allowed to play wherever they want. He said his legal team was ready to challenge the PGA Tour’s position in court if needed.

“Sadly, the PGA Tour seems intent on denying professional golfers their right to play golf, unless it’s exclusively in a PGA Tour tournament,” Norman said in a statement. “But no matter what obstacles the PGA Tour puts in our way, we will not be stopped. We will continue to give players options that promote the great game of golf globally.”

The eight-event LIV series will feature five tournaments played in the United States. It will include seven regular-season events and a team championship match play finale at Trump Doral in Miami from Oct. 28 to 30. The second LIV event is scheduled for July 1-3 at Pumpkin Ridge Golf Club in Portland, Oregon.

The LIV Golf Invitational Series will consist of 54-hole events, no cuts and shotgun starts “to ensure a faster and more exciting pace.” There will be a maximum of 48 players on 12 four-man teams at each event, and rosters will be determined by a draft the week of the tournament.

Total prize money for the eight events will be $255 million, according to LIV Golf Investments, and the seven regular-season tournaments will have total purses of $25 million, which would be the richest in professional golf, with $20 million in individual prizes and $5 million for the top three teams. The top three individuals after the seven regular-season events will also share a $30 million bonus.

The season-ending team match-play championship will provide another $50 million in prizes.