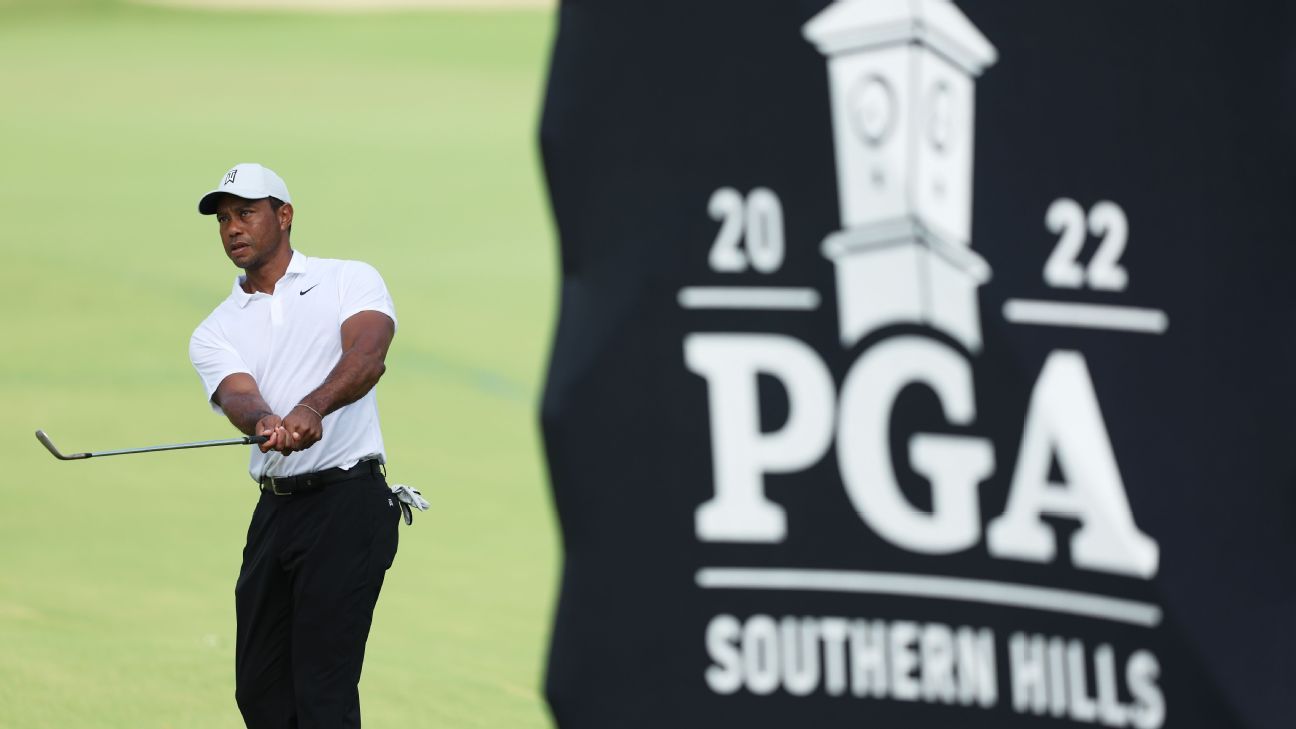 Tiger Woods wandering Southern Hills Country Club alone at the PGA Championship would attract interest. But for the first two rounds of the year’s second major, Woods will be in the marquee group of marquee groups — with Rory McIlroy and Jordan Spieth alongside him.

Woods enters the event admittedly stronger than he was a month ago at the Masters, where he made his return to competitive golf after 14 months away because of a single-car crash in February 2021 that nearly cost him his right leg.

So, can he contend? Woods has also said he doesn’t enter a tournament unless he thinks he can win.

We chart his every movement during the first round of the PGA Championship.