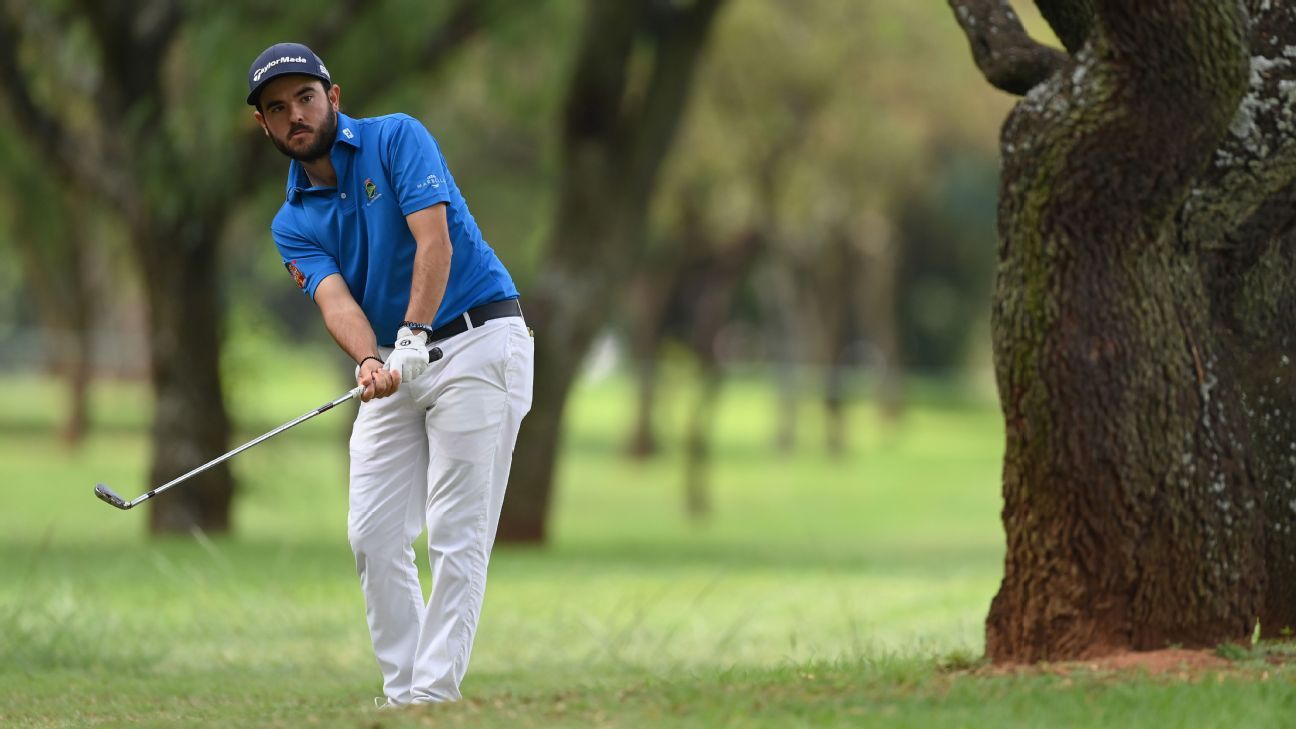 South Africa’s Thriston Lawrence and Spain’s Angel Hidalgo had a share of the lead at 6 under par before a thunderstorm suspended play for the day in the first round of the DP World Tour’s Joburg Open at the Randpark Country Club on Thursday.

It was the opening day of the newly-styled World Tour, previously known as the European Tour, and the start of the new 2022 season.

Hidalgo, 23, recovered from a bogey at the first and 15th holes to hit six birdies and an eagle in his round of 65, taking the early clubhouse lead.

Lawrence, who carded two eagles, still has to play the last hole of his opening round after bad weather left several golfers still out on the course.

England’s Ashley Chesters sits alone in third place after scoring a 66, dropping a shot at the 18th.

Golf Lesson w/ Cortland: STABLE Impact And Exit With A Stronger Grip
Judge rejects LIV trio’s bid to play in FedEx Cup
PGA Tour says LIV members seeking to play in FedEx Cup are ‘fabricating an emergency’ and knew they were breaking the rules
Phil among 11 from LIV to file suit vs. PGA Tour
Buhai wins Women’s Open in playoff for 1st major