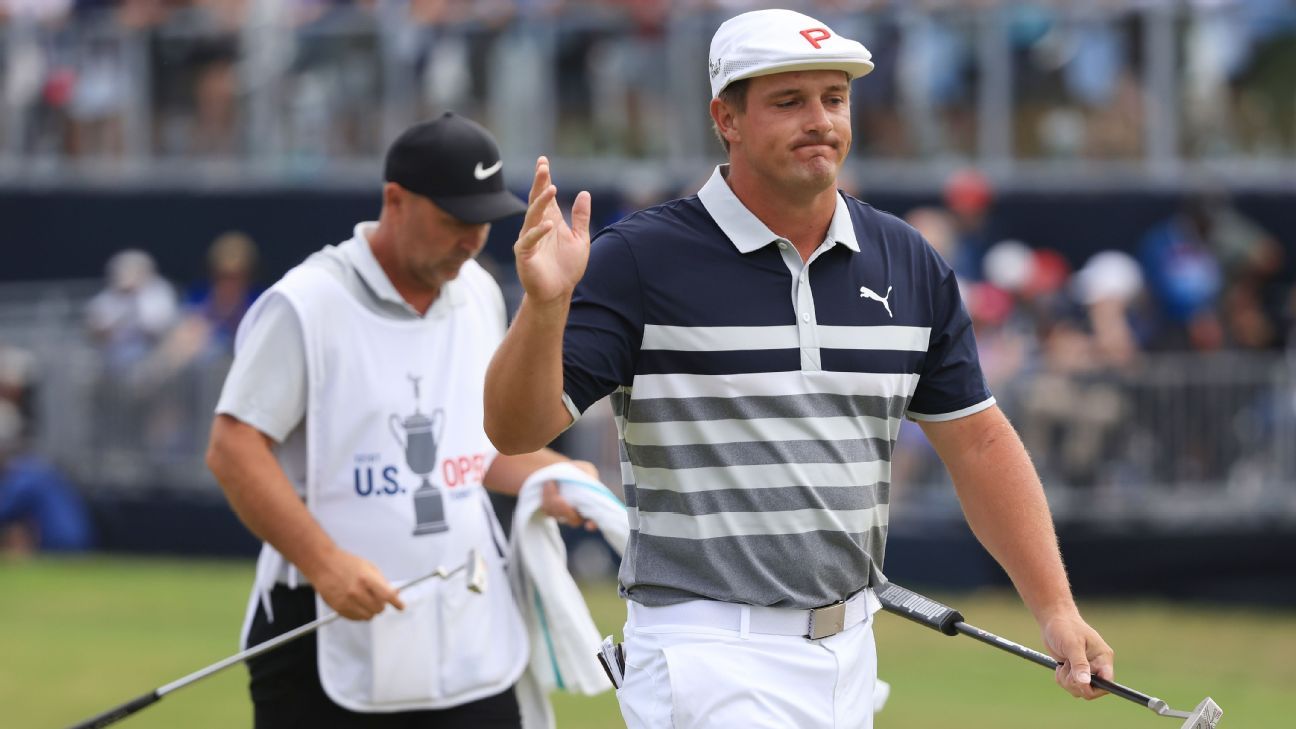 SAN DIEGO — To think that at one point on Sunday at the U.S. Open five guys were tied for the lead with a chance to win … isn’t this exactly what we’re hoping for at our country’s national championship? With that, it’s time to hand out some grades:

Jon Rahm
Grade: A+
After Rahm rolled in a huge birdie putt at 17, I was standing behind the green with Kelly Rahm. She looked at me and said, “OMG, I feel like I’m going to throw up!”

I tried to calm her down.

“Don’t stress, your man is playing great,” I said. “And even if he doesn’t make birdie here, he loves this place and is in total control. It’s all going to all work out fine.”

“Thanks,” she said, trying to stay calm.

Did I mention your husband is now also the No. 1-ranked player in the world? Now that was an extra-special first Happy Father’s Day!

Louis Oosthuizen
Grade: B+
Losing stinks, but if the last major you’ve won was in 2010, then finishing second at the U.S. Open ain’t bad. Louis made one bad swing on the 71st hole — when he hit his driver left — that probably cost him a chance at a playoff. I don’t know how he was on the inside, but on the outside he looked how any of us would hope to look if we were in that position — like we’ve been there before.

Bryson DeChambeau
Grade: D
For a second, it looked like there was a potential for a Bryson/Brooks playoff, with both DeChambeau and Brooks Koepka near the top of the leaderboard. Trust me when I tell you, everyone on the golf course was buzzing about it. Then Bryson stepped onto the 11th tee box and like that — snap your fingers — the dream was gone. I guess the good news is when DeChambeau collapses, he does it in entertaining fashion.

Brooks Koepka
Grade: C
Putting yourself in position to win on the back nine on Sunday is a great thing. Normally, that Brooks Koepka takes total control of the tournament within the next four holes. That didn’t happen this time. Now, we’re all left scratching our heads wondering: Is the Koepka who dominates majors gone? Nothing he did was bad, but nothing he did was great, either.

Rory McIlroy
Grade: C
You got us again, Rors. Had us all believing that Sunday was going to be that next major championship we’ve all been waiting for. Alas, instead of a repeat exhibition of the back nine on Saturday — when McIlroy shot 33 — he made a mess of things on Sunday just like he did Thursday and Friday. (Sigh.) I still ain’t giving up on you in the future, but for this week your front nine gets a B+; your back nine gets a D-.

Phil Mickelson
Grade: D+
The D is for disappointment. Everyone knew that a win here for Phil was a huge ask. But after Friday’s second round, Mickelson did what most of my Philly teams do to their fans — gave us a false sense of hope. Phil looked (and played) like a man exhausted from winning the last major and a guy who still hasn’t caught up on his sleep. The good news, he’s got “The Match” with Tom Brady against DeChambeau and Aaron Rodgers to look forward to before heading to The Open.

The USGA
Grade: A+
We got mostly perfect weather (except for that one fog delay at the start of the tournament). There was the opportunity to trick up Torrey Pines and make sure the winning score was at even par or worse. Give the USGA credit — it didn’t do it. Fourteen players finished at even par or better. Rahm’s winning score was 6 under. No player or spectator on the course complained about the setup. I think this new USGA regime understood that the course wasn’t perfect, but it was a great test of golf. That’s the goal: a great test of golf. If this trend continues, us grumpy old writers are going to be struggling to find things about this tournament to complain about. Don’t worry, writers can always find something to complain about. This year, we got nothing. Well done, USGA.

Everything you need to know about the men’s Olympic golf tournament
ON COURSE GOLF TIPS – LINKS GOLF COURSE
The secret to great ball striking with your Driver and IRONS
DeChambeau tests positive, won’t play Olympics
Who can win the men’s golf gold, who can medal and who should just be happy to be at the Olympics