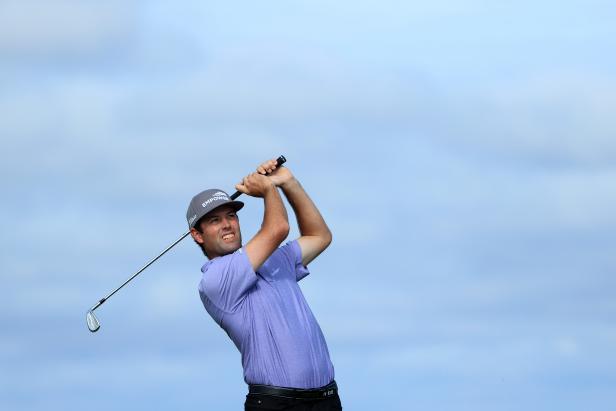 Robert Streb won the RSM Classic in a duel of former champions. Streb, the 2014 champ, edged Kevin Kisner, the 2015 winner, with a near walk-off eagle on the second extra hole of a playoff at Sea Island Golf Club’s Seaside course. The ball grazed the left side of the cup and settled within kick-in distance for the walk-off birdie to give Streb his second victory on the PGA Tour, both coming at the RSM.

While Kisner, who is now 0-5 in PGA Tour playoffs, could have done without extra holes, Streb likely was fine with it, having won at Sea Island before in a playoff over Will MacKenzie and Brendon de Jonge.

Streb, the 54-hole leader, had played a fairly pedestrian final round until the final two holes, with a pair of front-nine birdies and a lone bogey on the back. He also missed a short birdie putt at the par-5 15th hole. But things changed starting at the par-3 17th. Streb pulled his Titleist 620 CB 6-iron on the 203-yard hole and carried it just far enough to roll out to within 11 feet of the hole. Streb made the birdie putt to regain a share of the lead and had a chance to win when he knocked a 8-iron from 184 yards to 14 feet at the last, before missing the putt and forcing overtime.

Although Streb did not rank inside the top 25 in strokes gained/off-the-tee; approach-the-green or around-the-green, Streb was a very respectable ninth in strokes gained/putting, picking up more than four and a half strokes on the field with his Scotty Cameron by Titleist GoLo Knucklehead mallet putter. He also was fifth in scrambling with his Titleist Vokey SM8 wedges and T-7 in greens in regulation. Streb also uses a 46-degree SM8 as his pitching wedge, which is the club he used from 158 yards for his approach on the second playoff hole.

All of which led to the only stat Streb cares about leaving Sea Island on Sunday: win No. 2 on the PGA Tour.

What Robert Streb had in the bag at the RSM Classic