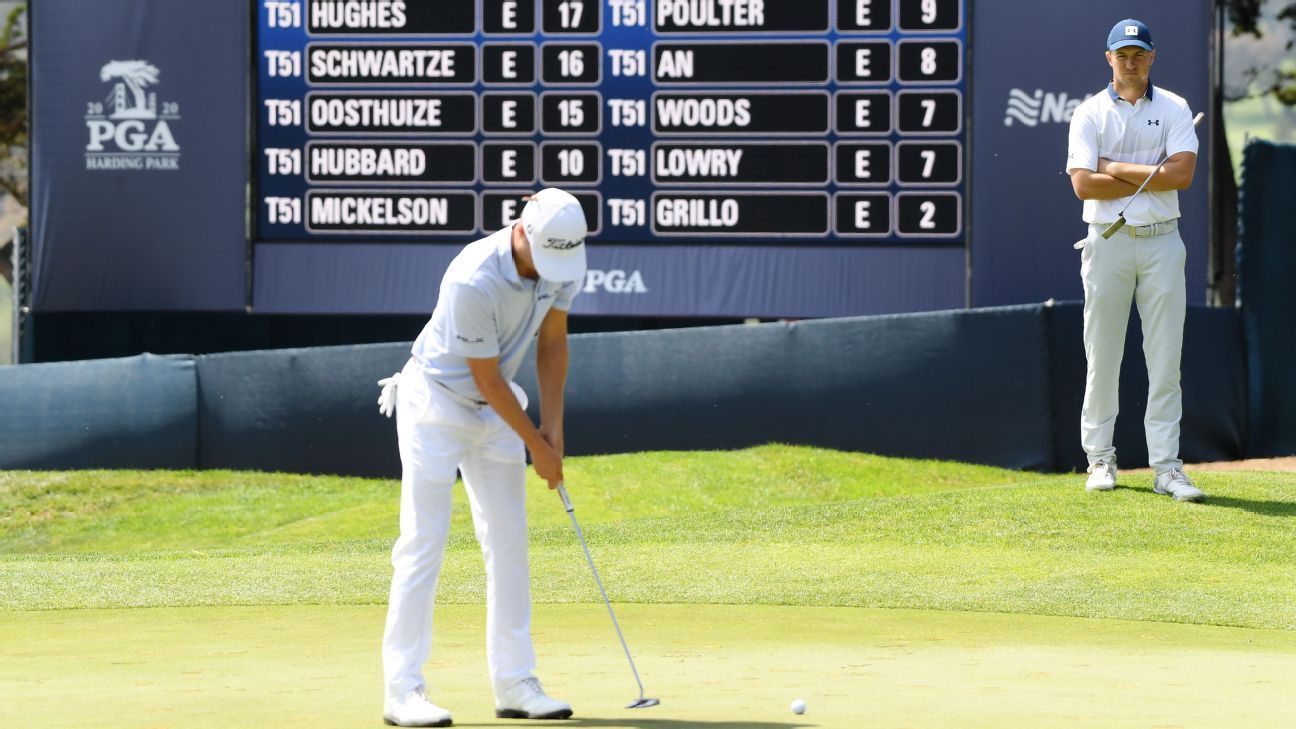 SAN FRANCISCO — Jordan Spieth‘s quest to achieve the career Grand Slam at the PGA Championship was over well before his early Saturday tee time with Justin Thomas.

It was probably done on Thursday when he shot an opening-round 73 at Harding Park and needed to rally with a 68 on Friday just to make the cut on the number, which saw him get a tee time with his longtime rival and friend.

And all it took was six holes on Saturday to once again show how much the two players have gone in different directions since the last of Spieth’s 11 PGA Tour victories occurred three years ago at The Open.

Spieth played them in 4 over; Thomas in 4 under.

In the end, Spieth shot 76 to plummet to the bottom of the leaderboard. Thomas had what he called a frustrating 68, one that he felt should have been lower and put him in contention to challenge for a second major title on Sunday.

Thomas is concerned with his own game, and has plenty to keep his mind occupied. But surely he noticed the struggles of the guy playing alongside him, the one who took the PGA Tour on full steam while Thomas languished without the same success. And it made the career Grand Slam talk seem a bit silly given Spieth’s struggles, which have seen him drop outside of the top 60 in the world.

While Thomas spoke, Spieth had already made his way to the driving range. He spent considerable time there with caddie Michael Greller after his round on Thursday. There has been a lot of searching for months on end without results. Spieth’s last top-three finish came at the PGA Championship in May of 2019.

“All it takes sometimes is one week and all your confidence gets back,” Thomas said. “I think Brooks [Koepka] kind of spoke on that a little bit, but he just found something last week and obviously he’s playing well again this week. So that’s golf.”

Golfer lands ball in SPEEDING car! 🏎
Rory McIlroy’s SATISFYING swing! 👌
One of the CRUELEST breaks you will ever see! 😬
2016 Waste Management Phoenix Open Preview
Here’s the prize money payout for each golfer at the 2022 FedEx St. Jude Championship