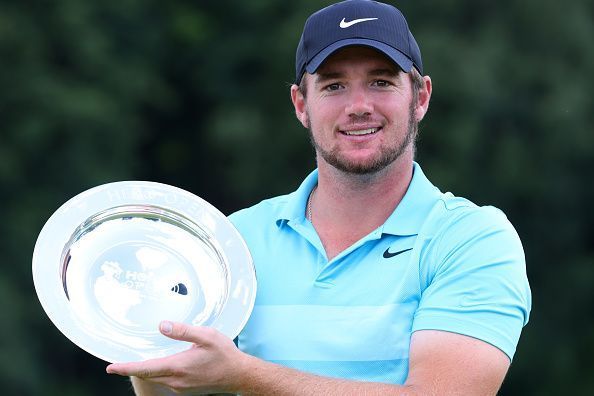 Sam Horsfield sealed his maiden European Tour crown on home soil on Sunday, winning the English Open in Birmingham after a final round of 68 to finish ahead of Belgian Thomas Detry.

Overnight leader Horsfield was on course for a comfortable victory but the 23-year-old had to endure a nervy finish after Detry took the lead with a fine birdie on the penultimate hole to come into contention.

But a bogey on the final hole meant that the Belgian handed the advantage back to Horsfield, who fired a birdie on the 17th and parred the final hole to go 18-under for the tournament.

Horsfield began the day with a birdie in the first hole, before adding gains in the third, sixth and seventh to turn in at 33.

He added two more birdies on the back nine with bogeys on the par-three fifth and 15th holes the only blemishes on his card on the day.

Detry finished at 17-under after his final round 66 at the Forest of Arden Marriott Hotel and Country Club.

“I’ve got nothing to be disappointed about. I played some really good golf today,” Detry said.

“The greens were getting trickier towards the end and I over-read that putt on the 18th. But I’m very pleased with the way I finished those last few holes.

“Another missed opportunity but I’ll move on and try to win next week.”

Detry was three shots ahead of a trio including Alexander Bjork, Chris Paisley and Oliver Farr who were joint-third.