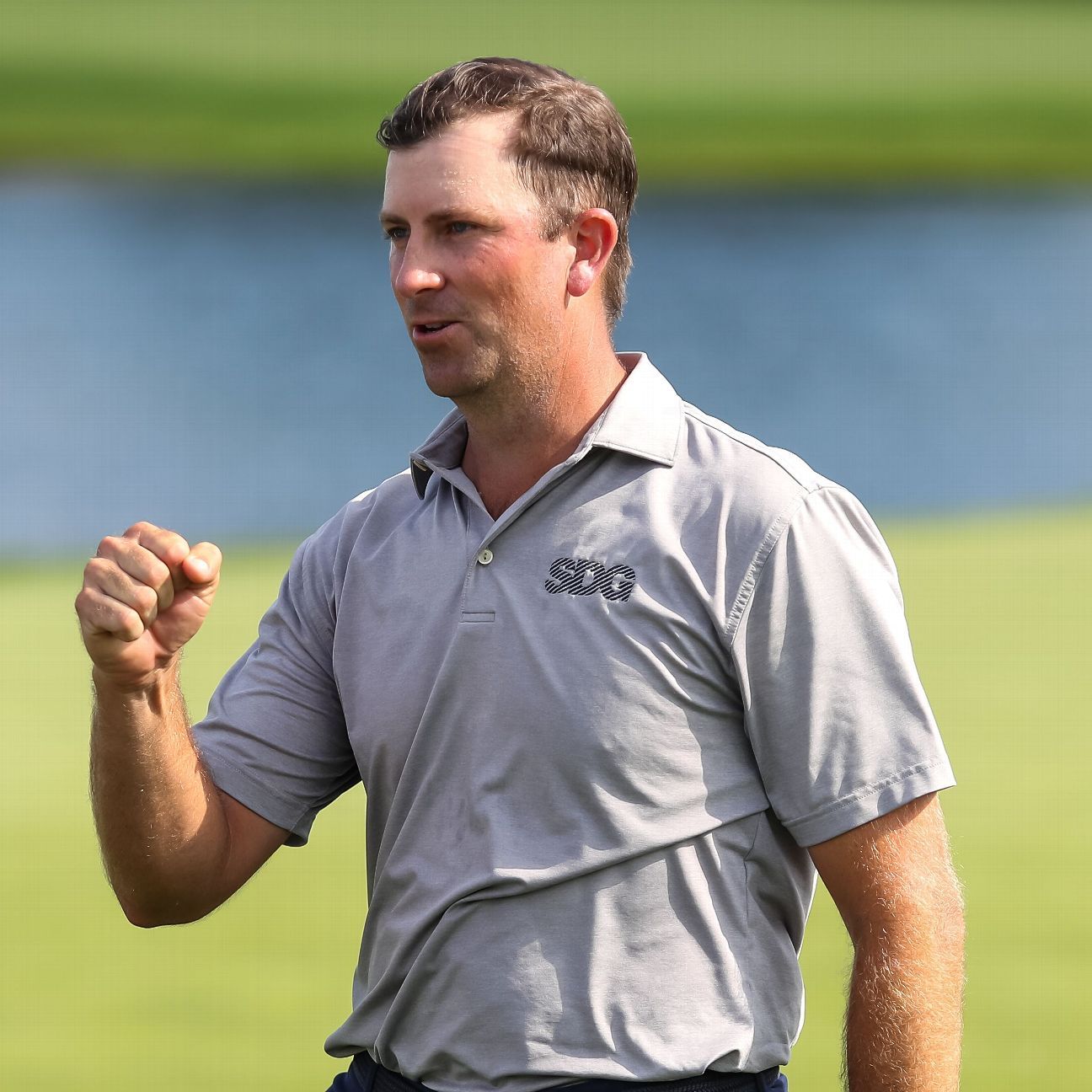 BLAINE, Minn. — Without a gallery around him on the 18th green, Michael Thompson settled for a subdued victory celebration at the 3M Open with a FaceTime call home to his wife and children in Georgia. The tears came from him and his wife as soon as they saw each other on the screen.

Thompson birdied two of the last three holes Sunday for a 4-under 67 and a two-stroke victory, finishing off his second PGA Tour win seven years after his first.

“It is a little sad that there wasn’t anybody out there to cheer on some of the great shots that I hit toward the end, but I know everybody who’s rooting for me at least was watching and screaming at their TV,” Thompson said. “This is definitely a win for everybody who supported me throughout the years. It doesn’t diminish the excitement.”

Adam Long took second after a 64. Richy Werenski, who shared the lead with Thompson after both Friday and Saturday, had a 70 for his worst round of the tournament and settled for a nine-way tie for third — three strokes back.

Tony Finau finished in the third-place group, too, after a 68. He was the only one among the five world top-30 players in the field to reach the weekend, far outperforming fellow high-profile peers Dustin Johnson, Brooks Koepka, Tommy Fleetwood and Paul Casey.

Thompson finished at 19-under 265 at TPC Twin Cities. He was more nervous than he anticipated, even without spectators.

“It means so much to get a win, and it gets you into so many different tournaments and solidifies your job for two more years. That’s enough pressure for anybody, let alone having fans out there,” said Thompson, who has a 3-year-old son and an infant daughter he and his wife adopted in March.

Nobody throughout the windy and muggy week in Minnesota was steadier than Thompson, who entered the week 151st in the FedEx Cup standings and rocketed up to 39th on the way to Tennessee for the World Golf Championships event. He had three bogeys in 72 holes.

He hit solidly out of the sand to set up a birdie on the 16th and take sole possession of the lead. He deftly steered around the water danger on the 18th, landing his approach on the back of the green within 15 feet. With Long in the clubhouse, having played five groups ahead, Thompson had two putts to win. He needed only one, bending backward and thrusting his arms straight up in the air after the ball dropped in the cup.

Thompson’s best previous finish in this stopped-and-restarted 2020 season was a tie for eighth at the Travelers Championship in Connecticut, and he missed the cut in his last start at the Workday Charity Open in Ohio two weeks ago. For this win, he not only secured a spot in the PGA Championship, the U.S. Open and next year’s Masters, but a prize of $1,188,000. That’s nearly 12% of his career earnings on the tour. The U.S. Open, rescheduled for Sept. 17-20, is at Winged Foot in New York, which Thompson called his favorite course “in the entire world.”

In stroke play over the last four seasons, Finau has finished 35 rounds inside the top three, by far the most without a win on tour over that stretch. Tommy Fleetwood (20) has the second most.

“They don’t give out second-place trophies, third-place trophies,” said Finau, who shot a 78 on the final round of the Memorial last week to finish eighth in Ohio after sharing the 36-hole lead there. “I’ve learned that the hard way with lot of them coming early in my career, but I continue to just believe and hope for the best for my future.”

Finau and Werenski were joined in third by Robby Shelton, who shot a 64 on Sunday, as well as Charles Howell III, Emiliano Grillo, Alex Noren, Max Homa, Cameron Tringale and Charl Schwartzel.

Long, who needed to birdie his second-to-last hole in the second round on Friday just to reach the weekend, missed the cut on three of his last five starts out of the pause. He shot a 63 on Saturday, the low score for the tournament that was matched five other times over the four rounds, and posted eight birdies on Sunday. His bogey on the par-3 17th stood out, leaving his first putt short, but he picked up the second available spot in the U.S. Open with his second-place finish.

Defending champion Matthew Wolff was in striking distance after his birdie on the 14th, but he followed three straight pars with a six-stroke bogey on the 18th. His tee shot was well wide of the fairway, and his fourth try from the rough did not reach the green. Wolff finished at 14 under.

“That last hole just got a funky number, but it is what it is. I feel like I played really well here, and I really like this course,” said Wolff, who made an eagle the 18th to win the inaugural event in 2019 and beat Collin Morikawa and Bryson DeChambeau by one stroke.

This time, the finish was far less dramatic, though equally satisfying for Thompson.

“It solidifies kind of my presence on the PGA Tour and proves to my peers that I’m a threat every week,” Thompson said, “and that’s what I want to be.”