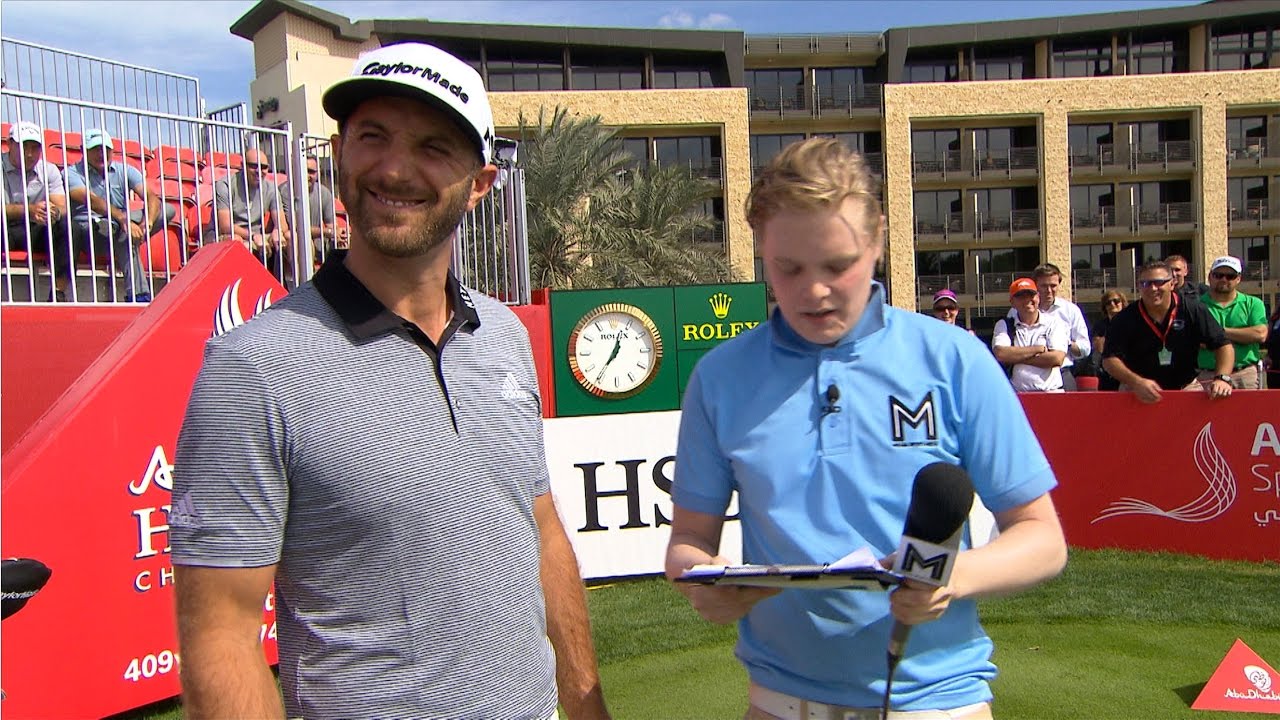 It’s a new year and with it the European Tour welcomed a new broadcaster to golf. The only thing is, “Mirage Sports Media” doesn’t actually exist.

With the cheeky direction of Ryder Cup stars Nicolas Colsaerts and Chris Wood ringing in his ears from a secret location, ‘reporter’ Thomas Gray took to the microphone with global golfing icons such as Henrik Stenson, Dustin Johnson, Rickie Fowler, Lee Westwood and Rafa Cabrera Bello, delivering some of the most awkward interview moments of their careers.

Filmed on location during the Abu Dhabi HSBC Championship pro-am, our rookie reporter was set one simple mission: wind up, confuse and befuddle the great and good of golf.

The results were hilarious.

Welcome to the Official YouTube channel of the European Tour. Every week you can find extended tournament highlights and individual player highlights of the likes of Rory McIlroy, Justin Rose and Tommy Fleetwood from events on the European Tour in the Race to Dubai. This is also the home of the 14 Club Challenge, Little Interviews, Hardest Hole, Fastest Hole and many more challenges, pranks and world record attempts featuring the biggest golfers in the world.

Never Do This One Thing when Rotating in your Golf Swing!
Highlights | Round 4 | Rocket Mortgage | 2022
2 v 1 golf scramble (pros & amateur)
My BEGINNER GOLFER Wife Learns The BASICS FROM A TOUR COACH!?
Playing with a new caddie, new putter and house money, Rickie Fowler finds early form in Memphis