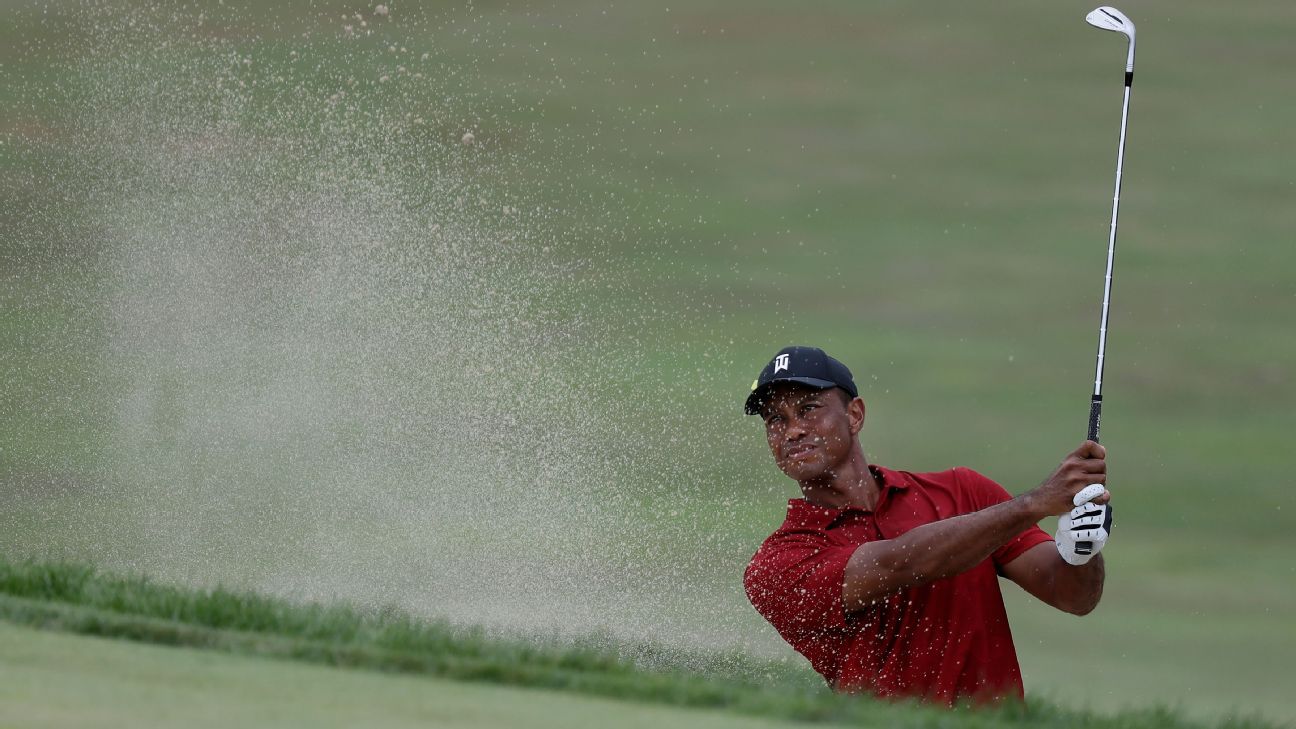 DUBLIN, Ohio — Tiger Woods didn’t only have a five-month competitive layoff to worry about when he took part in the Memorial Tournament over the weekend.

He also had playing conditions equivalent to a major tournament staring at him all four days. Woods wrapped up the Memorial by shooting a 4-over 76 in the final round to finish 6 over par, his third-worst total score relative to par at the tournament in 18 appearances.

“These were some of the more difficult conditions I’ve played in a long time,” Woods said. “[Sunday] the golf course got quick and got fast. It was hard to get the ball close, and there weren’t — I don’t think there will be too many low scores [Sunday].”

Woods, like he did in the second round when he had to wait until the end of the day to find out if he made the cut, struggled with his consistency Sunday.

He had an opening birdie for the second time in the tournament, but had three bogeys and a double-bogey to shoot a 40 on the front nine. Woods has played 71 rounds at the Memorial, and like many of players said, he believes the course, which was designed by Jack Nicklaus, was playing quite possibly as tough as it has played in all his years attending it.

“It’s probably as quick as I’ve seen in a while,” Woods said. “It’s been a while since we’ve had conditions this quick, but this is how Jack loves it. It’s just whether or not Mother Nature will allow it. I think it’s set up — it’s difficult, but it’s not over the top. Good shots are going to be rewarded, and bad shots are going to be severely punished.”

Woods appeared to be on his way to having his second-worse Memorial Tournament when he bogeyed again on No. 11, but he avoided a complete disaster by birding No. 16, which was playing as the toughest hole on the course Sunday, and 17 before closing out with a bogey following about an hour delay due to weather in the area.

To put into perspective how tough the course was for Woods, he shot a 76 in two of his last three rounds at the Memorial. He had shot that high only three times in the first 68 career rounds that he played at Muirfield Village Golf Club.

“Tough, tough conditions to start out my first week back, Thursday and Sunday,” he said. “But it was good to get the feel and the flow of competing again.”

This Basic Mistake Could Ruin Your Golf Swing
Highlights | Round 1 | FedEx St. Jude Championship | 2022
What’s to come in the FedEx Cup playoffs after a long-awaited win for Will Zalatoris
2016 Waste Management Phoenix Open Preview
HOW MUCH HIPS IN YOUR GOLF SWING?