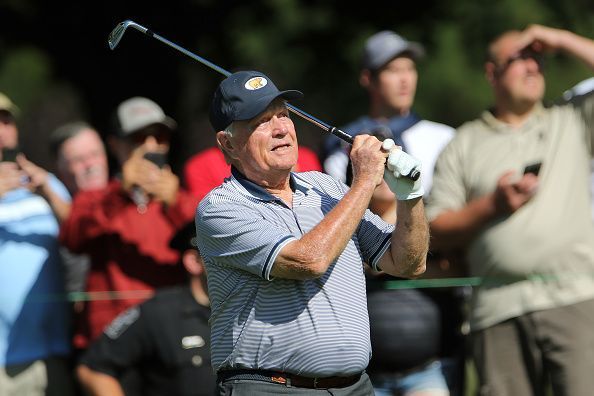 Jack Nicklaus never had the opportunity to face world number one Rory McIlroy at the Open Championship but the R&A has brought the champions from different eras together at St Andrews using archive footage and modern technology.

With golf’s oldest major cancelled due to the COVID-19 pandemic, the R&A has launched ‘The Open for The Ages’ which will see McIlroy, Nicklaus and other past champions such as Tiger Woods and Seve Ballesteros “compete” over the Old Course.

The virtual tournament will be played through a combination of seamlessly edited archive footage, modern graphics and fresh commentary, with the winner decided through a data model based on career statistics and voting by fans.

The event, which runs from July 16-19 – the original date for this year’s Open – will culminate in a three-hour final round programme that will be broadcast globally through The Open’s social media channels.

“Golf is one of the very few sports where this concept can be created and brought to life,” Martin Slumbers, chief executive of R&A, said in a statement.

“The way in which the sport is filmed allows us a truly unique opportunity to re-imagine history and bring together the greatest players from many different eras on a scale which has not been done before, either in golf or in other sports.”

The Open, which was due to be held at Royal St George’s, is the only one of this year’s four majors to be cancelled because of the pandemic.