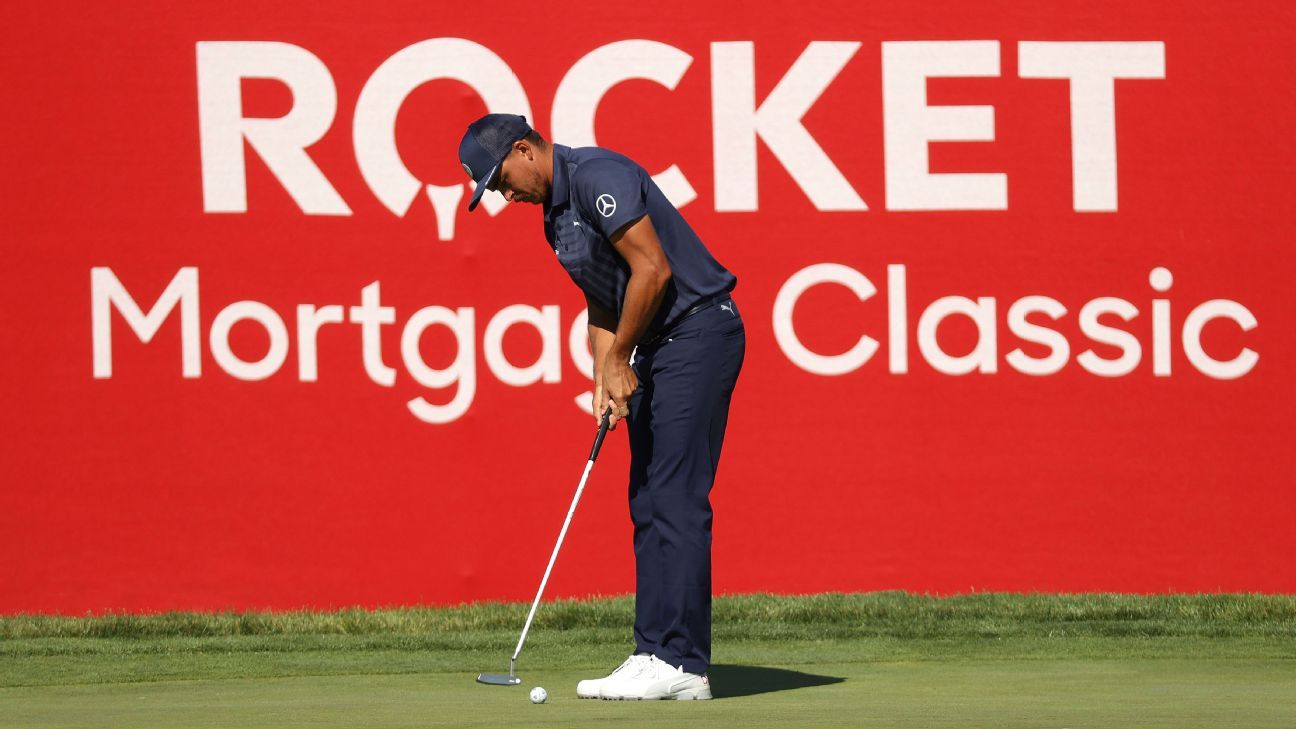 DETROIT — Rickie Fowler‘s restart to golf needed a restart of its own after missing two consecutive cuts in June.

Three weeks ago at the the Charles Schwab Challenge, the first event following the three-month coronavirus pandemic shutdown, Fowler finished two-over par, then shot a second-round 72 a week later in the RBC Heritage to finish the tournament at three under par. He missed the cut in both events.

After a disappointing start to the second-half of the season, Fowler needed to turn things around. So what better place for him to get back on track than the Rocket Mortgage Classic in Detroit, where Fowler has become an ambassador for the tournament and a fan of the city.

Trotting the golf course with the Detroit city skyline on one side of his shoes and a red letter D, symbolizing Detroit, with a heart on the interior on the other shoe, Fowler has become a popular personality around Detroit Golf Club and the surrounding city.

He opened the first round of the Rocket Mortgage Classic with a 5-under, 65, that included seven birdies. His only hiccup came on the 18th hole when his ball found a deep patch of grass and Fowler finished with a double bogey. It’s hard to complain about 5-under, though, after the poor starts he has seen the previous few weeks.

“I’m happy with it,” Fowler said. “Anytime you make seven birdies, it’s a good day. It allows you for some others, which there was one other that happened. It would have been nice to get through without that, but I’m happy with it.”

Fowler worked on some swing changes, including a change in his grip, in the time the PGA Tour had paused due to COVID-19. Coach John Tillery and Fowler started working together last September and were making some changes with Fowler’s sequencing in his swing and getting the club more out in front of him.

Part of that work resulted in badly blistered hands, which Fowler was fighting through on Friday at the RBC Heritage. The blisters eventually got so bad he was having trouble interlocking his fingers in his normal grip while working on his swing this past week at home.

He fought through the blisters and while the missed cuts were bothersome, Fowler wasn’t discouraged with the outcome, knowing he was still working and finding his swing. That is especially true when it came to his putting during the first two tournaments, which he described as some of his most inconsistent and worst.

“I was pulling a lot of putts, and once you do that, you start getting two-way misses because you’re trying to match it up,” Fowler said. “So standing a little further from the ball, ball position a little bit back, it was getting a touch forward. So just cleaned up some fundamentals to allow me to actually go ahead and stroke the ball and not try and manipulate it.”

In his first tournament back after the return to golf, Fowler had 30 putts in the first round and 34 in the second at the Charles Schwab Challenge. That number has steadily improved since, finishing with 27 putts after his first round of the Rocket Mortgage Classic.

It was only one round, but to come away from a round with seven birdies, in what has essentially become his tournament, is a great start to turning the season around and getting back to the top of the leaderboard.

“To be where I was and know that there were a handful of shots that were either mental mistakes or putts that missed and changes the course of the round, yeah, it always sucks not being there on the weekend,” Fowler said. “You’ve got to take the positives from it, which we’ve done. It’s nice to get off to a good start here in Detroit. Go rest up and ready for tomorrow afternoon.”