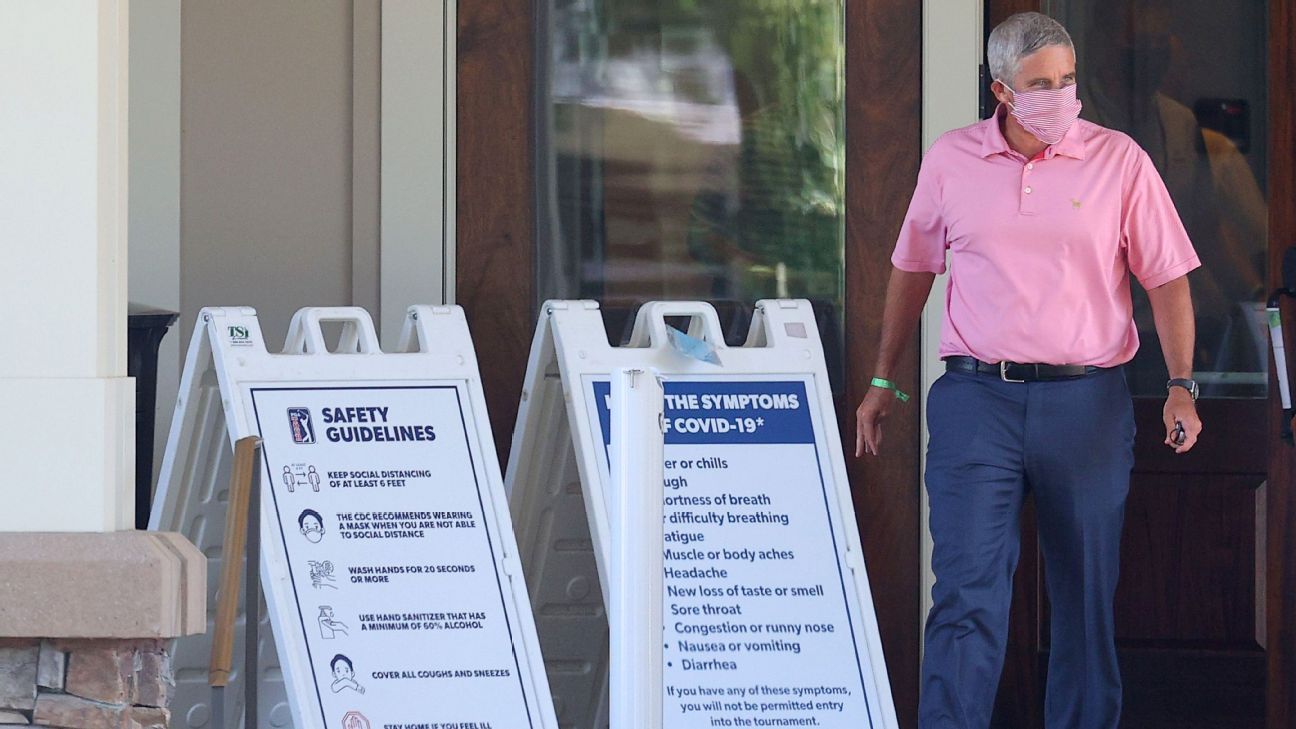 CROMWELL, Conn. — In the aftermath of seven withdrawals related to the coronavirus at this week’s Travelers Championship, the PGA Tour on Saturday implemented a new policy that will prohibit players from coming on property while waiting for their first test result in a new city.

Beginning at next week’s Rocket Mortgage Classic, all those considered “inside the bubble” by the PGA Tour — players, caddies, instructors, physios and staff — will need a negative result before being permitted on the grounds at Detroit Golf Club.

“Over the past three weeks as part of its Return to Golf, the Tour has been committed to learning from an operational standpoint and adjusting protocols in place in order to mitigate risk and promote the health and safety of all involved, including players, caddies, staff and volunteer,” the PGA Tour said in a statement.

Previously, the Tour allowed players and caddies to come on site while awaiting results of their tests. For instance, Cameron Champ, who tested positive and withdrew from the Travelers field on Tuesday, was at TPC River Highlands this week while awaiting the result. He was not permitted inside the clubhouse or the locker room, but he was allowed on the golf course, practice range and putting green alongside fellow tour pros, caddies and staff.

That will not be allowed going forward.

This rule change, however, is not being enacted on the Korn Ferry Tour, the statement said, because of longer turnaround time on tests results.

In response to withdrawals earlier this week, the Tour issued stricter protocols including adding an extra test and expanding the circle of those who would require tests to include instructors. Three players and two caddies — including Brooks Koepka‘s caddie, Ricky Elliott — tested positive and pulled out of the event and two other golfers withdrew as a precaution.

PGA Tour commissioner Jay Monahan promised “severe repurcussions” for anyone who did not adhere to the protocols.

This new policy, however, does not cover players who are waiting for additional tests during the week. On Saturday at the Travelers, Jason Day asked to be tested again for COVID-19. The Tour pushed his original tee time back, moving him from 8:19 a.m. to 9:15 a.m. He also played by himself. While he waited for the result, which came back negative, he was allowed on the property, the practice area and the golf course.