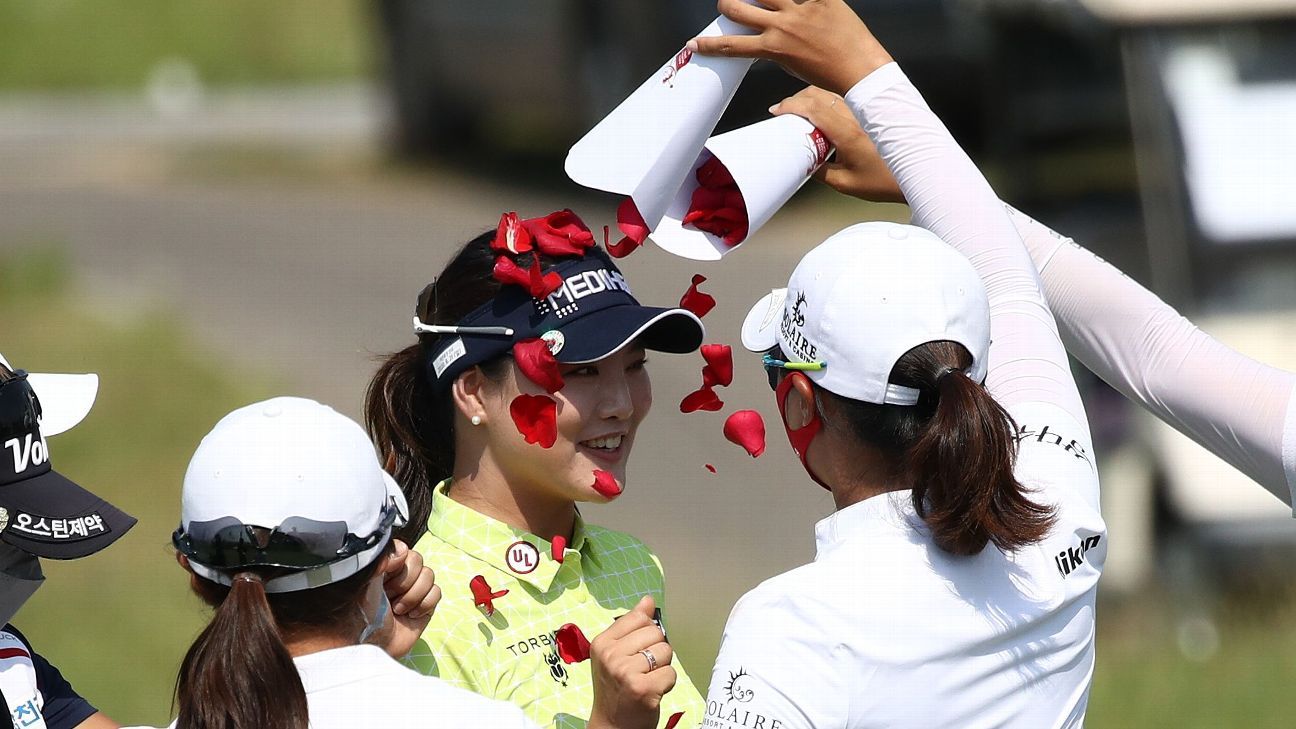 INCHEON, South Korea — Two-time major champion So Yeon Ryu closed with an even-par 72 to win the Korea Women’s Open on Sunday in her first tournament in four months because of the coronavirus pandemic.

Ryu won for the first time since the Japan Women’s Open in 2018, and it was her first victory on the Korea LPGA since 2015.

Upon winning, Ryu offered her entire prize money of just over $200,000 for coronavirus relief funds.

Ryu and Hyo Joo Kim, another regular on the LPGA Tour, matched pars on the entire back nine of Bears Best Cheongna Golf Club. Kim shot 70 to finish 1 shot behind.

Sei Young Kim, who won $1.5 million for her victory at the LPGA Tour’s finale last November in Florida, led by 1 stroke going to the back nine until she was slowed by three bogeys. She had to settle for a 70 and tied for fourth.

Jin Young Ko, the No. 1 player in women’s golf, shot 72 and finished sixth.

Several LPGA Tour players from Korea have been playing their home circuit since it returned five weeks ago. The LPGA Tour is not scheduled to resume until July 31 at Inverness in Ohio.