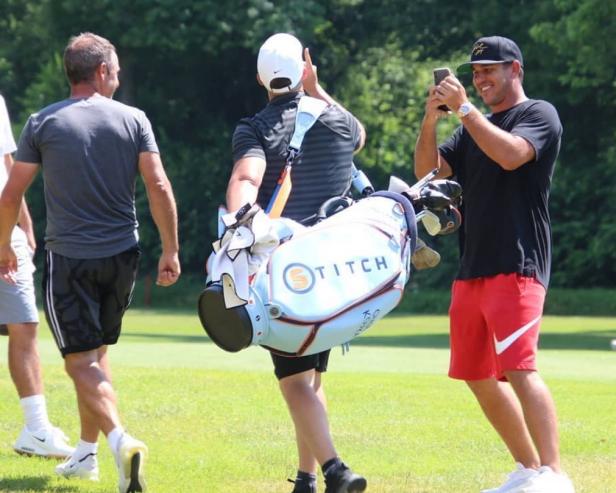 Prevailing in a PGA Tour Monday qualifier is tougher than ever. To do it in a playoff is impressive. To have your four-time major winner brother cheering you on is stuff that will be talked about for a lifetime.

Chase Koepka notched that hat trick on Monday when he shot five-under-par 67, emerged from a 5-for-2 playoff and got to celebrate with his older brother, Brooks Koepka, who flew into Connecticut after finishing seventh on Sunday in the RBC Heritage.

With Brooks already entered in the Travelers, Chase, 26, will be playing in his third event of the PGA Tour season, and it’s the first time he Monday qualified. Doing so is even more daunting these days because the spots have been reduced to just two from the normal four. Chase got into the fields of the fall’s Shriners Open in Las Vegas and CJ Cup in South Korea on sponsor’s exemptions, making the cut in each and tying for 67th and 46th, respectively.

After a college career with four wins at the University of South Florida, Chase turned pro in 2016 and has played mostly overseas with little fanfare. He and Brooks teamed up to finish seventh in the 2017 Zurich Classic of New Orleans.

Brooks Koepka’s finish last week, which included a closing 65 at Harbour Town, was his best since the Tour Championship. He tied for 32nd at Colonial in the tour’s first week back from its coronavirus hiatus.