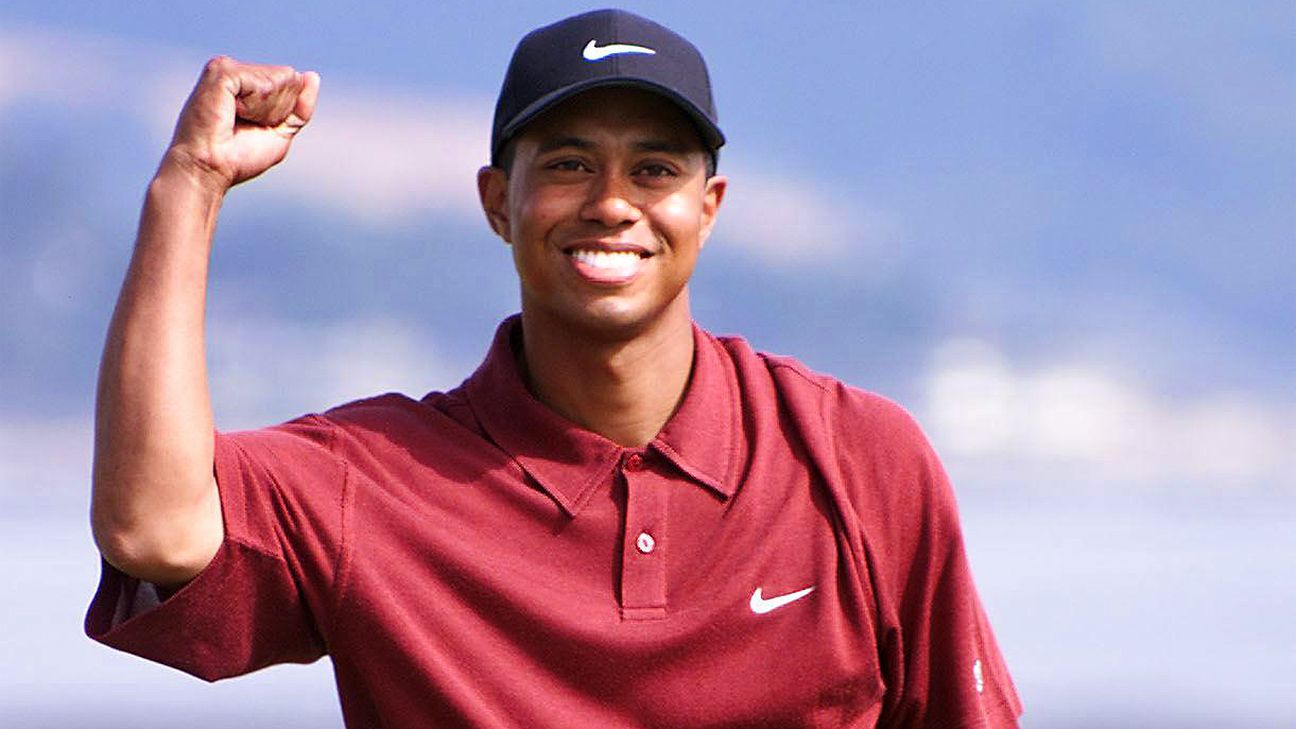 In 2000, Tiger Woods didn’t just win the U.S. Open. He recorded the most dominant performance in golf history. At Pebble Beach, Woods won by 15 shots.

That number alone is impressive. But there are more staggering numbers from that week. Here are the 10 wildest stats from his performance.

10: That’s the number of shots Woods led by entering the final round, a tournament record. The previous largest 54-hole lead in U.S. Open history was seven, set by James Barnes in 1921. The record still stands.

8: No one in U.S. Open history ever finished better than 8-under par in a single tournament. That record was shared by five players — until 2000. Woods finished 12-under, breaking the single tournament score-to-par by four shots. It’s one of the few records that doesn’t stand today (three players have gone lower; two have since matched).

7: There was only one “7” on Tiger’s scorecard for the week; a triple-bogey on the par-4 third hole in Saturday’s third round. According to research from the Elias Sports Bureau, it marked the first instance in the Masters era (since 1934) that a player won any major championship with a triple-bogey on his card. Only once has it happened since (Keegan Bradley, 2011 PGA Championship). Bradley needed a playoff to win; Woods won by 15 (more on that later).

6: The win was Tiger’s second of the year at Pebble Beach; he won the AT&T Pebble Beach in February. He and Jack Nicklaus (1972 Pebble Beach) were the only players to win multiple events at one course within the same year since 1950. That feat has happened only once since: Woods at Torrey Pines in 2008 — he won the regular Tour stop and the U.S. Open that year.

5: Woods let outright after every round of the tournament, becoming only the fifth wire-to-wire champion (no ties) in the event’s history, and the first since Tony Jacklin in 1970. Only Woods (2002), Rory McIlroy (2011) and Martin Kaymer (2014) have accomplished the feat since.

4: The 2000 U.S. Open was also special for Jack Nicklaus, who made his 44th and final U.S. Open start. Tiger’s victory became a trend. In every major in which Nicklaus made his final appearance, Woods won.

1: Woods won by a remarkable 15 shots, breaking Old Tom Morris’ record, which had stood since 1862 (13 strokes) for the largest margin of victory in major championship history. 1862!

From the courtroom to the course, everything you need to know about the FedEx Cup playoffs
As storms hit Wyndham, playoff hopes hang in the balance amid a crowded leaderboard
Watch an emotional Nick Faldo struggle through tears as he signs off after 16 years as CBS’ lead golf analyst
Never Do This One Thing when Rotating in your Golf Swing!
PGA Tour says LIV members seeking to play in FedEx Cup are ‘fabricating an emergency’ and knew they were breaking the rules