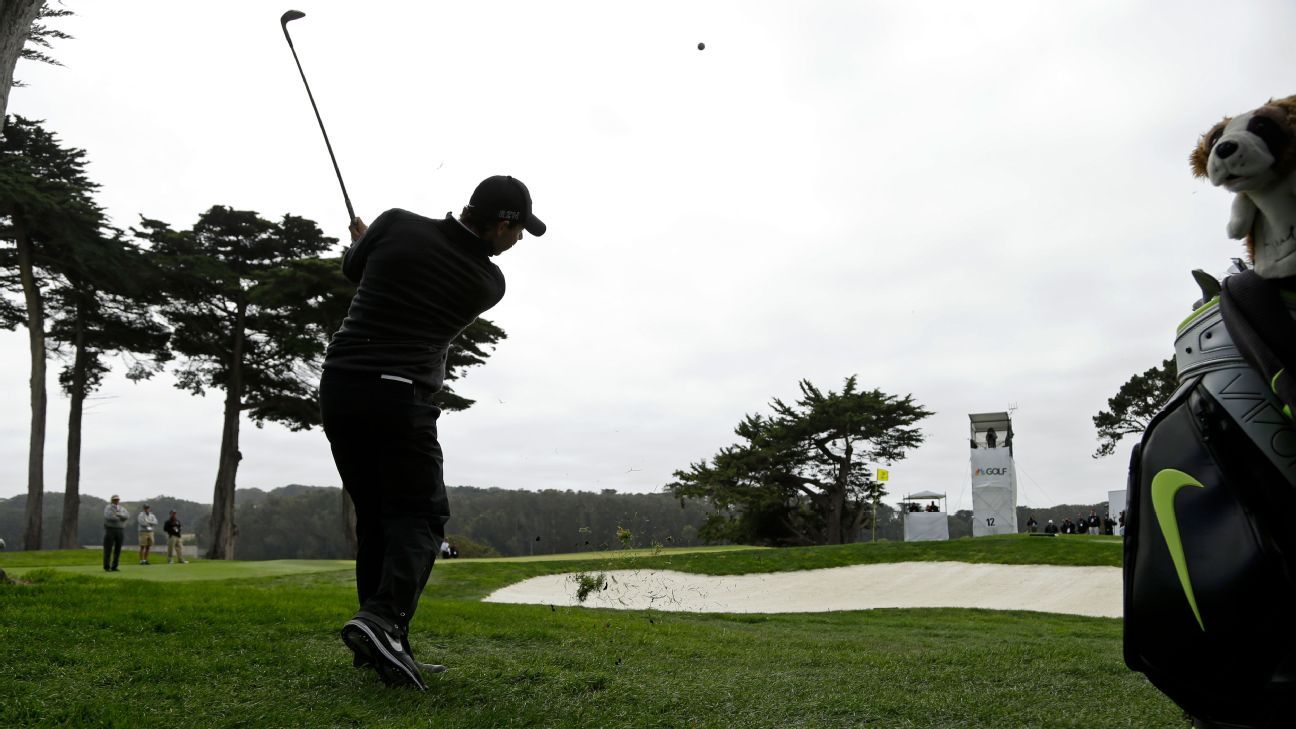 FORT WORTH, Texas — The silence that greeted the return of the PGA Tour at Colonial will be a familiar sound for the first major of the year.

The PGA of America has submitted plans to hold the PGA Championship at Harding Park without spectators, and the San Francisco Chronicle reports public health officials have approved it.

An announcement was pending approval by San Francisco officials and was expected as early as Tuesday.

It at least sets the PGA Championship for Aug. 6-9 at Harding Park, the public course along a golf landscape near the Pacific Ocean that includes Olympic Club, Lake Merced, San Francisco Golf Club and Cal Club.

Because of the COVID-19 pandemic that shut down golf for three months — the PGA Championship originally was scheduled for May 14-17 — the PGA of America had been contemplating options that included limited spectators, no spectators or even moving the championship depending on the health situation.

Harding Park will host its first major championship, having previously been host of two World Golf Championships — one won by Tiger Woods (American Express Championship), the other by Rory McIlroy (Match Play Championship). It also hosted the Presidents Cup in 2009, and now is part of the TPC network.

San Francisco last hosted a major in 2012, when the U.S. Open was held across the street at Olympic.

The PGA Tour returned at the Charles Schwab Challenge at Colonial with no spectators and hardly any noise except for makeshift tents at two homes and bleachers built at another home near the 16th tee. A dozen or so fans also watched from behind a chain-link fence on the front nine along the perimeter of Colonial.

Because the field had Colonial was so strong and leaderboard packed with big names, Xander Schauffele was asked if it felt like a major after he took the 54-hole lead.

“I think the fans sort of make majors, as well, so not having any out here is a bit tricky,” he said.

Golf returns with no fans for the first five tournaments, with limited spectators allowed at the Memorial on July 16-19. That won’t last long. The following week is the 3M Open outside Minneapolis, which announced Monday it won’t have spectators.

Now that the PGA of America has its plan for its major championship, the next task is the Ryder Cup. A decision is expected by the end of the month what to do with the Sept. 25-27 matches at Whistling Straits in Wisconsin.

Several players, notably McIlroy and Brooks Koepka, have said it would not be worth playing this year without fans because so much of the atmosphere comes from the partisan cheering at golf’s loudest event.

The Simple Downswing Move You Need To Master Your Golf Swing
Chun takes halfway lead at Women’s Open
Your Driver Slice Will Be No More After This Easy Lesson!
PGA Tour wins first legal battle against LIV Golf as players are denied restraining order, kept out of FedEx Cup Playoffs
The biggest takeaways from the LIV golfers’ explosive lawsuit against the PGA Tour