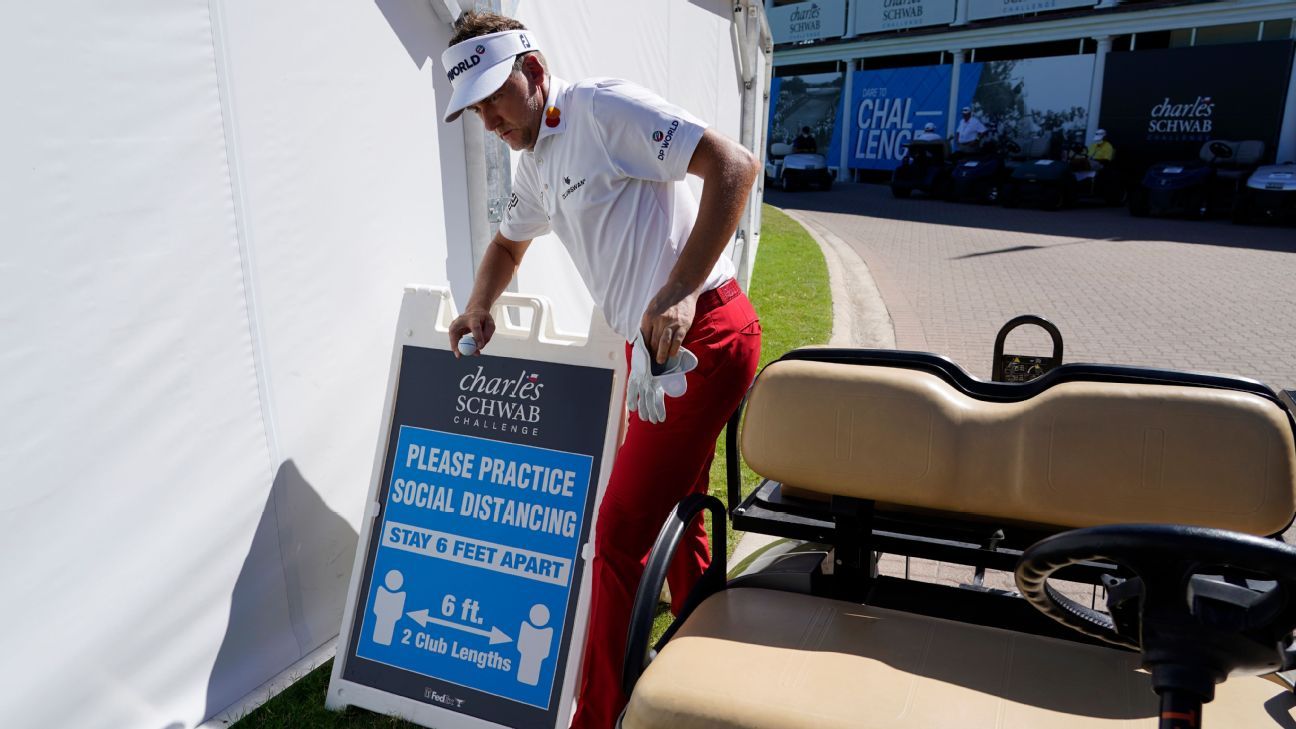 FORT WORTH, Texas — They arrived at Colonial Country Club unsure of what to expect; just sure they were excited to get back to the game.

After a three-month layoff because of the coronavirus pandemic, the PGA Tour’s restart at the Charles Schwab Challenge could not have been better considering the circumstances.

Daniel Berger left with the winner’s plaid jacket when he beat Collin Morikawa on the first playoff hole to end what had been the Tour’s longest absence since World War II.

“Listen, there is more work to be done, but this is a phenomenal start to our return,” PGA Tour Commissioner Jay Monahan said, noting a mix of relief and excitement with how things played out.

From a health standpoint, no players, caddies or staff tested positive for COVID-19. From a golf standpoint, the strong field with the top-five ranked players in the world and 16 of the top 20 did not disappoint. The Tour dove into the issues of social injustice and systemic racism with a daily moment of silence at 8:46 a.m. for the memory of George Floyd, a black man who was killed in Minneapolis on May 25 by a white police officer who kneeled on Floyd’s neck for 8 minutes, 46 seconds, sparking worldwide outrage. In a nod to the frontline workers from the Dallas/Fort Worth area in the pandemic, the Tour matched their names to the players on the caddie bibs.

“I would say it’s hard to pick a favorite moment because there’s so many along the way,” Monahan said.

In regards to the coronavirus, the reminders of what the country has been dealing with were evident just about everywhere.

At the start of the week, 487 players, caddies, officials and other personnel were tested without a negative result. Signs were posted around almost every common area at the course to be mindful of social distancing. Hand sanitizer stations were prevalent. As the week wore on, players and caddies were more mindful of the guidelines they were asked to follow. Players tried to remember to pull and replace their own clubs. Caddies wiped down rakes and flagsticks.

Seeing the world’s top-ranked player, Rory McIlroy, bend over a large, green trash barrel to fish out two buckets of balls at the practice range was an odd site. Normally that’s all done for these Tour pros. Seeing players that missed the cut hang out at the driving range over the weekend because they were taking the charter flight to South Carolina on Monday for next week’s RBC Heritage at Harbour Town Golf Links was different.

Players taking the Tour-provided flight were tested for COVID-19 on Saturday, but they did not live in fear of contracting the virus.

“The only time I thought about it was when I was having to take the tests, and that was really it,” Keith Mitchell said.

Said Morikawa: “Just because we played one week doesn’t mean we can go party and go do everything else like we used to. We still have to follow these guidelines and maintain safety and strict rules with how far we stay from each other because it’s still out there. Obviously we don’t know how bad it is at any given moment. We don’t know who has it, if they have it, whether they’re symptomatic, asymptomatic. We just have to be cognizant of what’s around us and where we put ourselves because we want the Tour to keep playing. We want to keep playing.”

The starkest difference was the lack of fans, which was a common refrain during the week. While there weren’t the normal grandstands and suite areas and the TV towers were scaled back, Colonial had a tournament look.

“It’s kind of nice they put the ropes up even though we don’t really need them,” Xander Schauffele said. “It makes it feel like a tournament.”

Texas Gov. Greg Abbott recently OK’d outdoor sporting events in the state for 50 percent attendance, but Charles Schwab Challenge tournament director Michael Tothe said they were too far down the road to make the adjustments necessary to host fans.

“Not having fans on site allowed us to focus on the players and player safety,” Tothe said.

Some became creative. Club neighbors built grandstands in their front or backyards that led to some of the only “roars,” of the week. At the second tee and by the green at No. 4 and tee at No. 5, fans wedged themselves between some hedges and a chain link fence.

“Loved it,” Tothe said of the fans that were able to catch a glimpse or two. “I think it was kind of cool what they were able to do.”

Not having fans witness the play in person might have been the only downside.

Imagine what Sunday’s finish would have been like with thousands lining the fairways and greens with Berger’s birdie putt at No. 18 that moved him to 15-under or the groan that would have come after Schauffele’s 3-foot lip out that dropped him a stroke behind Berger and Morikawa.

The playoff started on No. 17 in part because no fans were in attendance. With fans, the playoff would have come back down the par-4 final hole that would have been ringed in sun-drenched fans and the clubhouse balcony would have been packed.

Instead, there was just a smattering of media, Tour officials and volunteers following Berger and Morikawa.

The quiet wasn’t all bad.

“I’d say it’s more peaceful because that has maybe a connotation people might not like to hear, but it is, it’s very peaceful out there,” Justin Thomas said. “It’s just very quiet. You obviously don’t have anybody talking to you. You don’t have any phones going off. You don’t have people going across crosswalks when they shouldn’t. It’s just like another round of golf.”

Maybe like any round of golf perhaps, but by the best in the world.

“Obviously the quality of golf has been incredible. The pedigree on the leaderboard has been unbelievable,” Justin Rose said. “Hopefully the skill level has shown through. I think we’re all dealing with the atmosphere, but I’ve loved the competition. Down the stretch I was still feeling the butterflies and I was still very aware of what it means to win on the PGA Tour and all the FedEx Cup points and World Ranking points. As a player you know what’s on the line, but yeah, we are — there’s one element missing for sure, but was definitely grateful to be out here playing, and hopefully putting on a good show for everybody at home and people are enjoying watching golf again.”

Ferguson shoots 61 at Galgorm Castle for lead
63 Years later, one of golf’s most influential stories is being told on the big screen
Watch an emotional Nick Faldo struggle through tears as he signs off after 16 years as CBS’ lead golf analyst
Judge rejects LIV trio’s bid to play in FedEx Cup
Highlights | Round 3 | WGC-FedEx St. Jude