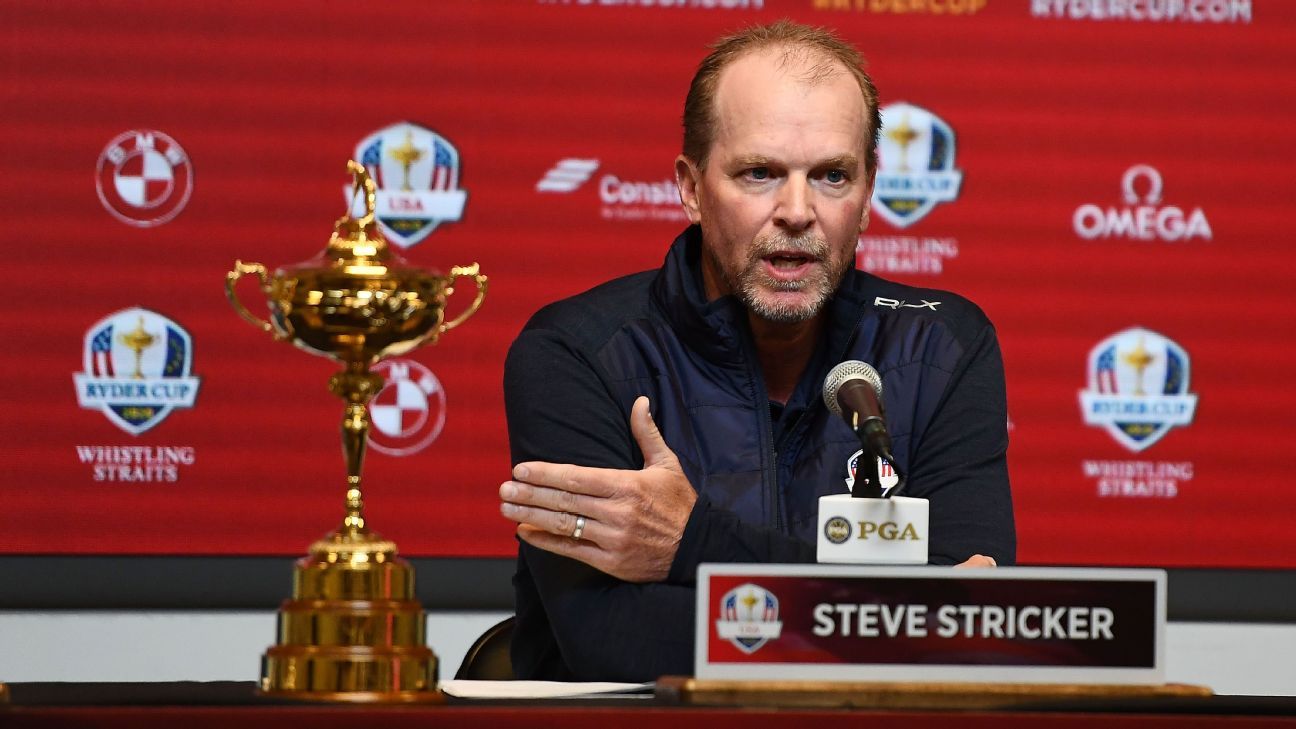 A decision on whether to go ahead with the Ryder Cup looms, and Steve Stricker is not in favor of playing the event without spectators.

The U.S. captain — who is a native of Wisconsin, where the matches are scheduled for Sept. 25-27 — said playing without a crowd at Whistling Straits would be “a yawner of an event” and a “crime” to Wisconsin fans.

“Personally, I would hate for that to happen,” Stricker said on “The Golf Affect Radio Show,” a Madison, Wisconsin-based program. “I mean, this event is made by the fans. To me, if it was without fans, it would almost be a yawner of an event. The passion, I don’t know if it would be there.”

Players on both sides have called for a postponement if spectators cannot be present because of the coronavirus pandemic. Rory McIlroy, the No. 1-ranked player in the world, said a Ryder Cup without fans “is not a Ryder Cup.”

The PGA of America, which runs the tournament in conjunction with the European Tour, has worked closely with the PGA Tour on numerous scheduling issues in recent years, including those caused by the pandemic.

The PGA Tour has a Presidents Cup in Charlotte, North Carolina, slated for late-September 2021. The 2022 Ryder Cup is scheduled for Rome, and a significant backbone of the European Tour is revenue produced from home Ryder Cups. The Olympics have also been moved to next summer.

Pushing the Ryder Cup back a year is a complicated decision. The Ryder Cup and Presidents Cup were moved a year following the Sept. 11, 2001, terrorist attacks.

“So far we’re planning it as a go, like we’re going to have it,” Stricker said. “But there’s some obstacles that we’re going to have to face. The confidence of the people and the corporate people. It’s going to come down to probably the safety. And who knows, right?

“They’re going to have to make a decision here probably within the two or three weeks because the buildup to put all the stands and all the corporate tents, all that kind of stuff, has to happen in June.”

European captain Padraig Harrington is also in favor of having spectators at the event, but he told The Times of London several weeks ago that he had come around to considering the alternatives.