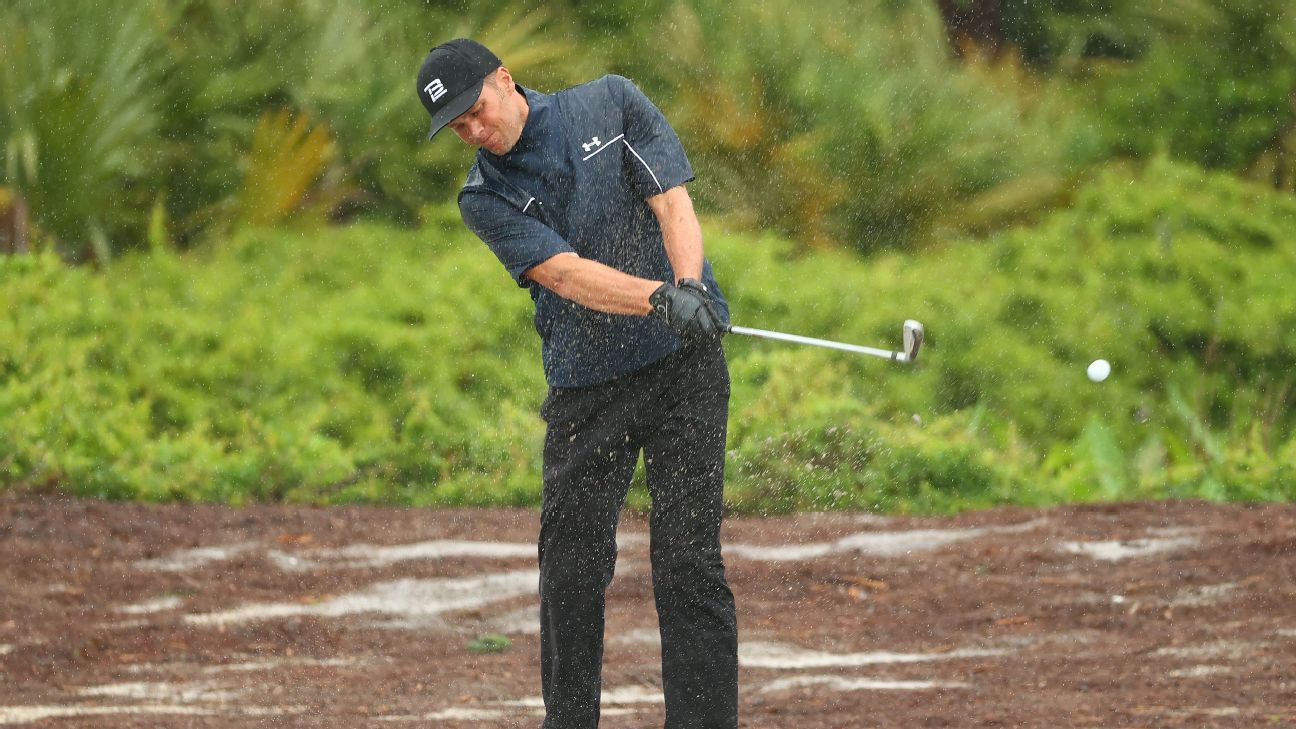 There is a decent chance, assuming the NFL plays games this fall, that Tom Brady‘s first season in a Tampa Bay Buccaneers uniform will end up reminding you of something you’ve already seen.

Not his 20 years with the Patriots but his golf swing.

At times, I predict he’s going to be a mess, and the expression on his face will be a stony mixture of frustration and embarrassment. He’ll develop a 1,000-yard stare, and a gleeful social media pile-on will commence, the jokes flying fast and furious. I can already promise you, in Tampa, Brady will lead the league in memes created, if not touchdowns thrown.

As a culture, we delight in watching sports icons stumble, particularly the ones who seemed untouchable for so long, and when Brady’s decline finally (finally) arrives — seven years and several Super Bowl wins after people like me first said it was coming — it’s going to be merciless.

Yes, it’s been a few days, but as we transition back to Football Brady, don’t forget what you saw this past weekend, and perhaps what his golf game revealed. Just as you’re about to fire up a Simpsons GIF and dance on his grave, I bet Brady will respond by doing something miraculous, something inexplicable, that will make you want to eat your tweet.

That’s what happened when he spent six holes hitting shanks and blocks and duffs, only to hole out for birdie from the middle of the seventh fairway, easily the most memorable shot hit during a broadcast that included the two best American golfers of the past 25 years in Tiger Woods and Phil Mickelson plus former football rival Peyton Manning.

This shot from @TomBrady though 😳 #TheMatch

Whether you love golf or loathe what you think it stands for, it tends to reveal a lot about the people who play it, perhaps more than any other sport. There is no hiding in golf, no handing the ball to a running back or checking down to a receiver, when you’re nervous and anxious. You have to find the fix between your ears.

If The Match: Champions for Charity taught us anything about Brady, it’s this: He can still get extremely nervous and uncomfortable when he’s out of his element. He can also still summon something improbable, briefly reminding you that he’s one of the best athletes this country has ever produced. Then he’ll finish it off by splitting his pants as he picks up his ball, looking every bit like the awkward, overly earnest, 42-year-old dad he is.

Michael Jordan has been on everyone’s mind of late, for obvious reasons because of “The Last Dance.” It’s hard to explain — especially to someone who didn’t live through the ’90s — just how compelling he was at the height of his powers, a magnetic amalgam of grace, power and ruthlessness. Brady’s career with the Patriots was beginning just as Jordan’s career with the Bulls was ending, and it’s interesting how similarly wired they are when it comes to using grievances (real and imagined) to fuel their competitive mania.

But the version of Jordan we saw in “The Last Dance,” the version we collectively reminisced about during this unexpected quarantine, has never been my favorite version of Jordan. I’m one of the few who actually prefer to reminisce about the real last dance of his career, his time with the Wizards, when his knees were so sore he could barely dunk, when he was surrounded by teammates he didn’t know well or particularly trust, and when his fadeaway jumper was his only reliable weapon. It was rarely beautiful, but it was revealing in ways his Bulls career was not. Watching him struggle, watching him cope with the gradual deterioration of his skills, the failure and frustration of feeling mortal, made me admire Jordan in ways I couldn’t when he played basketball like a deity.

I suspect the same will be true of Brady this year.

Most of us think it’s sad to watch a once-great athlete play out the string. Willie Mays falling down in the outfield, in a Mets uniform, has become the shorthand for what we don’t want to see. It makes us uncomfortable, reminds us that we’re all mortal, even the greatest. We’d much prefer they walk away too soon than too late, lest they harm what we think of as their legacy. There is a reason “The Last Dance” ends with his sixth championship — the shot over Bryon Russell — and not his actual final NBA game, when he scored 15 points in a 107-87 loss to the Philadelphia 76ers. It’s not cinematic.

Great athletes, however, don’t think about their lives in terms of story arcs and narratives. They want to compete until their bodies are so broken that someone has to drag them from the game. That’s why Brady is trying to reinvent himself one last time in Tampa. In every aspect of his personal life, he is excessively cautious, but in his athletic career, he’d rather risk looking foolish than quit.

Years from now, if we end up mulling Brady’s legacy the way we’ve just mulled Jordan’s, there is a good chance we’ll skip over the final chapter in Tampa Bay, other than to crack a few jokes. But I like to imagine his golf game just gave us a preview of how it might go.

True, he wasn’t great, and there were stretches when you couldn’t help but cringe just watching him, but there were also moments when he found something. With Mickelson playing the role of Bruce Arians, serving as both a coach and in-game therapist, Brady scraped his way around Medalist and made the competition riveting, rolling in an eagle putt on the back nine and firing a dart at the pin late in the round.

On the 18th green, the light was fading fast, but you could tell Brady wasn’t ready for it to end. He would have loved to play a few more holes, anything to delay the inevitable sunset just a bit longer.

A statement by a LIV Golf lawyer raised questions about LIV’s prize money
Get into golf with The PGA and Find a Golf Lesson!
I was SO close to a hole in one on camera! #Break75 S2E7
Before And After (Golf Lesson W/ Ted) 📈 #shorts
PGA Tour files to keep LIV golfers out of FedEx