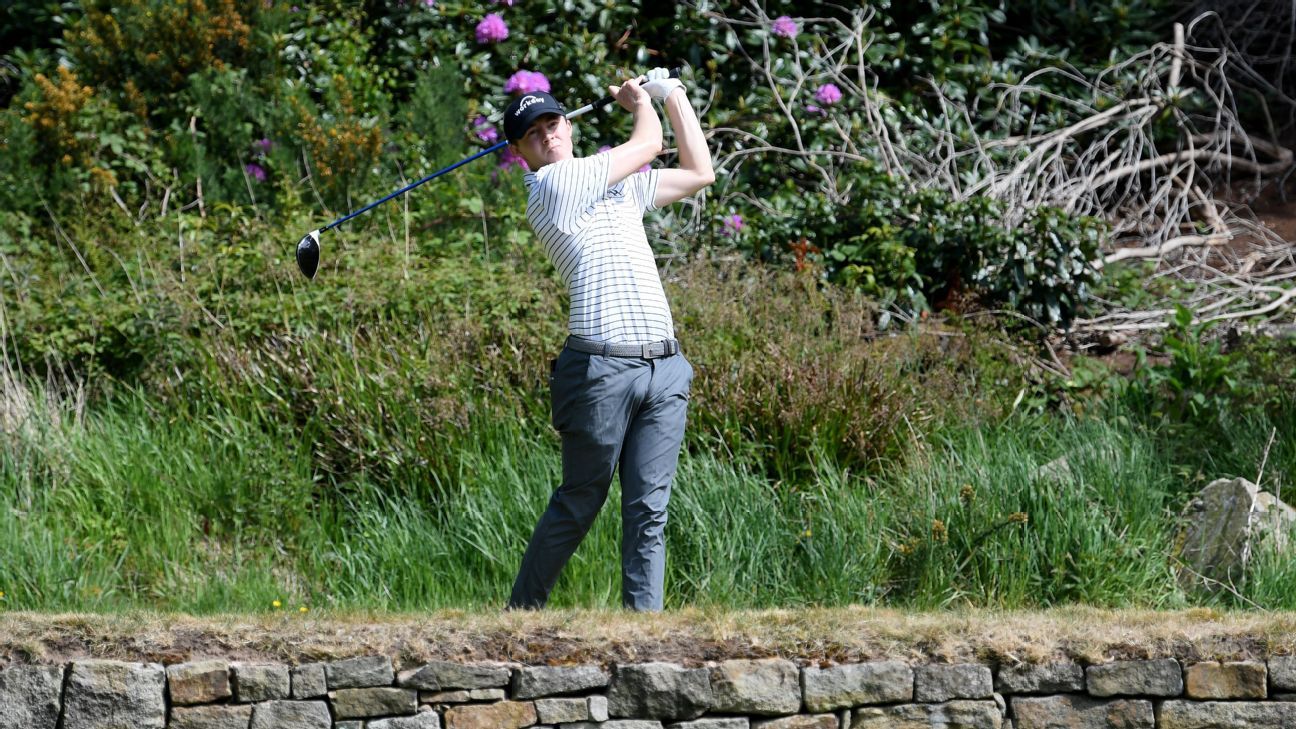 At first, Matthew Fitzpatrick said, the break from golf was welcome. He had no choice, really. The weather in England after the coronavirus pandemic shut down the PGA Tour was lousy. And golf courses were not open anyway.

Eventually, Fitzpatrick decided he needed to do something. So he constructed a small net that he could hit balls into behind his residence in Sheffield, England, hoping to keep some semblance of a golf swing as he waited for the restrictions to be lifted.

It turned out to be a long wait.

“Obviously, it wasn’t very fulfilling,” said Fitzpatrick, 25, who is ranked 25th in the world and looking forward to the PGA Tour’s return in a few weeks. “Once I did that for awhile, I got fed up with it. It was like dragging myself two yards just to go out back. I didn’t have far to walk, but it felt like a bit of a chore.”

Fitzpatrick, who played college golf for a year at Northwestern and won the 2013 U.S. Amateur then turned pro a year later, faces the same dilemma as all of the international players on the PGA Tour — not only having to get clearance to return to the United States, but having to quarantine for two weeks upon arrival.

The five-time European Tour winner returned on Saturday, flying from London to Miami and then driving to North Palm Beach, Florida, where he has been renting a home.

“I wasn’t too worried, personally,” he said. “I had gloves. I had a mask. I made sure I stayed away from people. Also — not to take it for granted, obviously — but I’m in this age bracket that isn’t affected as much. So that sort of gave me a little peace of mind.

“The airport was pretty empty, there wasn’t anyone sitting around me. The staff all had masks and gloves on and were extra careful, too. That job is impossible to do at social distance, really. But there were no problems.

“When I got off the plane, they were taking temperatures and there was a police officer there as well. They told me the temperature in Fahrenheit, so I had absolutely no idea what that meant.”

Per guidelines from the Centers for Disease Control and Prevention, Fitzpatrick is required to quarantine for 14 days before he can embark upon usual activities. What does that mean, exactly?

Although Fitzpatrick said he is not aware of anyone monitoring him, he is required to stay home except for trips to the grocery story as well for as limited practice. With the restart of the PGA Tour season set to begin on June 11 at the Charles Schwab Challenge, Fitzpatrick was giving himself a few extra days so he could travel to the tournament in Fort Worth, Texas.

A member of Jack Nicklaus‘ Bear’s Club in North Palm Beach, Fitzpatrick visited the range for the first time on Tuesday.

“I can practice alone,” he said. “I just have to make sure there is no one near me. I want to be careful. I won’t be going every day and will be making sure it’s sporadic to be on the safe side. I think that’s obviously very smart.”

Fitzpatrick said the PGA Tour is sending him two COVID-19 testing kits, one of which he hopes to receive this week and another that would be used a few days prior to leaving for Texas. After arriving there, he and all the players will be tested again prior to the start of competition.

“If the [first test] comes back negative, it might give me a little bit more freedom to practice a bit more,” he said. “But I’ll be careful. The aim is to not really to speak to anyone and be careful.”

Like the other PGA Tour players, Fitzpatrick was competing at the Players Championship when the tournament was canceled after the first round.

His parents and other family members had come to the event to watch, and they returned to Fitzpatrick’s home in Florida before deciding to head back to England three days later.

Other international players such as Tommy Fleetwood and Lee Westwood have elected to in their country due to the quarantine rules. A similar fate would await them upon returning from the United Kingdom, unless those rules are eased.

For Fitzpatrick, it means a busy time in the United States. He said he might not return to Europe until October, if then.

His plan is to play the first three events, take two weeks off, then return for four in a row, which would include the Memorial Tournament, the WGC-FedEx and the PGA Championship.

It also means he’d stay through the U.S. Open and the Ryder Cup, for which he is currently among the automatic qualifiers for the European team. But Fitzpatrick wonders if it’ll even happen in late September at Whistling Straits in Wisconsin.

“It’s a tough one,” he said. “I have to admit it wouldn’t be a Ryder Cup without fans. We just have to see how it plays out the rest of the year. If things get normal quicker than we think, maybe it’ll work out.

“But a Ryder Cup isn’t a Ryder Cup without fans. Can you imagine holing the winning putt and it’s just you and the 12 guys and a cameraman and a polite golf clap? That would be strange. Very strange.”

And yet, these are strange times. Fitzpatrick said he had no issues with the hard lockdown in his home country, and that similar mandates in other places would have better halted the spread of the virus.

“And I completely get it if tournaments have to be canceled due to fears of a second outbreak,” he said.

But for now, he’s ready to get back to work.

“My game is quite nice right now,” he said. “There’s zero expectations. It’s kind of nice. But at the same time, I’m going to try to use my practice time wisely. It’s about trying to get back to sharpness again, which is obviously very tough until you get back in a tournament.

“When I played back in the U.K., I actually played some decent golf. So it kind of shows you have to sometimes switch off and carry on and just play.”