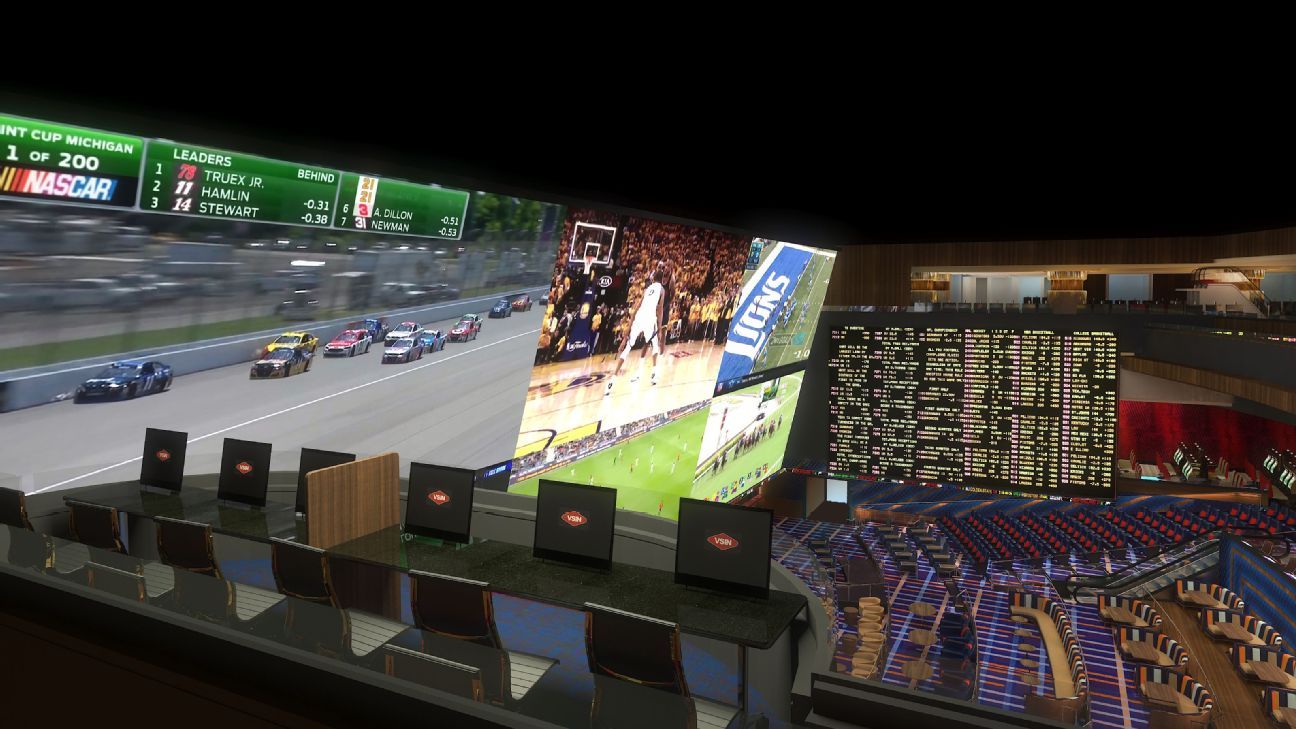 Bettors and bookmakers enjoyed their busiest weekend since the coronavirus pandemic halted the sports world in mid-March, with UFC leading the way and golf and NASCAR attracted higher-than-normal betting interest at some U.S. sportsbooks.

FanDuel said the amount wagered on the TaylorMade Driving Relief match between Rory McIlroy and Dustin Johnson versus Rickie Fowler and Matthew Wolff was approximately double what is wagered on a typical PGA Tour event. McIlroy and Johnson won the event, which raised more than $5 million for coronavirus relief funds.

The Real Heroes 400 at Darlington Speedway, NASCAR’s first race back since suspending its season, drew betting interest similar to the Daytona 500 at sportsbook PointsBet.

“Best week since the pandemic by a significant margin,” a spokesperson for BetMGM’s sportsbook told ESPN.

Without the NBA and NHL playoffs and Major League Baseball, betting handle at sportsbooks remains down significantly year over year. Most casinos and racetracks with physical sportsbooks remain closed in the U.S., but mobile betting is still being offered in states that allow it. As more sports begin to trickle back to action, betting interest is picking up as well. At Caesars Sportsbook in Nevada, the first two weeks of May have generated as much betting as the entire month of April.

UFC and Korean baseball have been two of the most popular sports in recent weeks at Caesars Sportsbook. Saturday’s UFC Fight Night card was the most heavily bet event of the weekend at Caesars, with Alistair Overeem’s win over Walt Harris in the main event producing the sportsbook’s largest win.

German soccer league Bundesliga also returned to play this weekend and drew betting interest in the U.S. More money was bet on soccer this weekend than was bet on any other sport at PointsBet. The Union Berlin-Bayern Munich game was the second-most heavily bet single event, behind only the UFC main event at FanDuel.

Bookmakers are looking forward to another big week, heading into Memorial Day weekend, which will be highlighted by The Match: Champions for Charity, featuring Tiger Woods and Peyton Manning and Phil Mickelson and Tom Brady on Sunday. Woods and Manning are around -200 favorites.

“The first bet we took [on The Match], a guy bet fairly substantially on the dog side,” John Murray, executive director of the SuperBook at Westgate Las Vegas, said. “There’s going be tons of interest in that next weekend.”

J. Korda cards 65 in borrowed clothes at Open
John Daly says he ‘begged’ Greg Norman for LIV spot, but he’s too old
Tom Kim’s unreal bounce back, a journeyman’s career low and gut-check time for Rickie Fowler
The biggest takeaways from the LIV golfers’ explosive lawsuit against the PGA Tour
This Is The SECRET To Hit Your Irons Pure With Less Effort