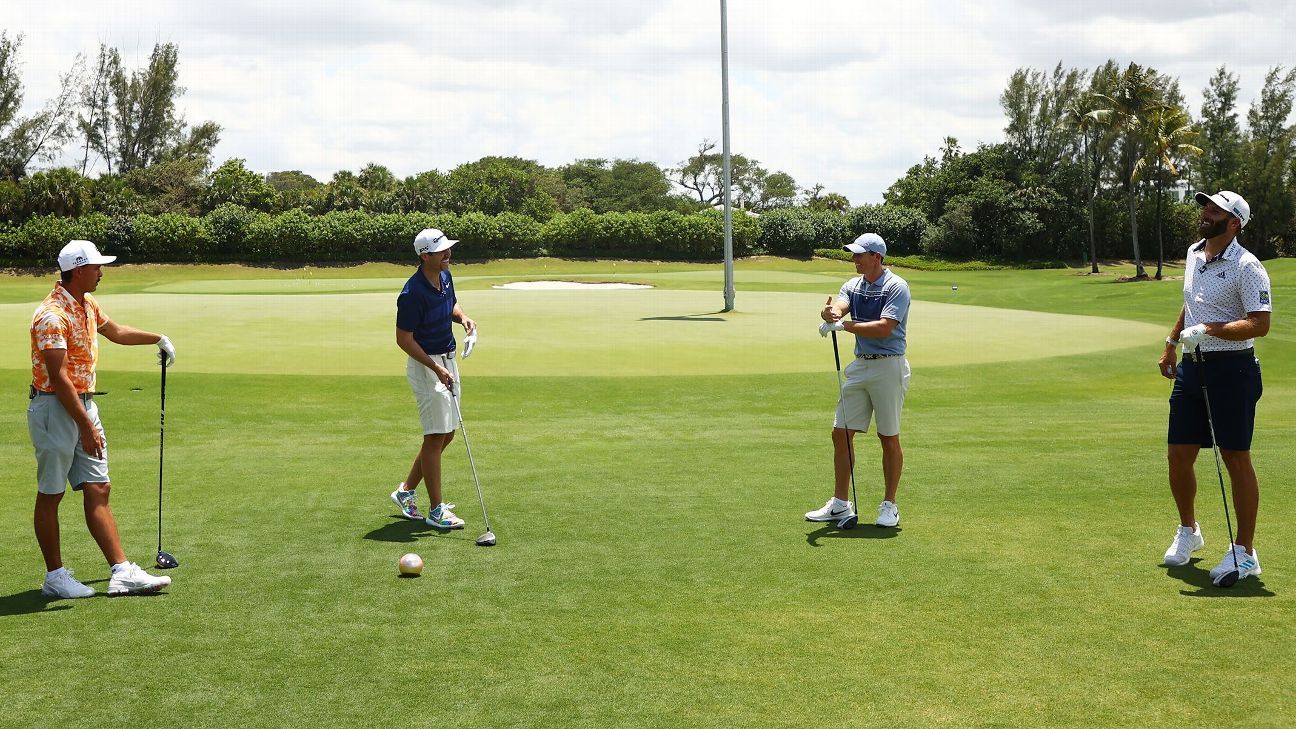 ORLANDO, Fla. — The return of live golf to television brought 2.35 million viewers across all platforms, which NBC Sports says was 16% higher than the final of the Dell Match Play last year.

The TaylorMade Driving Relief on Sunday from Seminole Golf Club was shown from 2 p.m. to just after 6:30 p.m. on NBC, Golf Channel, NBCSN, along with NBC Sports and PGA Tour streaming outlets.

Rory McIlroy won a closest-to-the-pin playoff worth six skins valued at $1.1 million as he and Dustin Johnson defeated Rickie Fowler and Matthew Wolff. More than $5.5 million was raised for COVID-19 relief funds, with more donations being accepted through Tuesday.

NBC used the Match Play as a comparison because only four players were on the course in both formats. Kevin Kisner beat Matt Kuchar in the Match Play last year that a total audience delivery of 2.03 million. NBC says the Skins game at Seminole was roughly the same as viewership for network coverage of the PGA Tour in the second quarter of 2019.

NBC says there were 762,000 average viewers from the 25-54 age group, which was two-thirds more than the same age group watching Match Play last year, and 44% more than PGA Tour coverage from the second quarter last year.

Led by PM, Japan celebrates Matsuyama’s win
You just won the Masters. Here’s what happens next
Don’t take your eyes off these players on the jam-packed Masters leaderboard
The burden of being Hideki Matsuyama was lifted at the Masters
Jon Rahm’s Top 20 golf shots